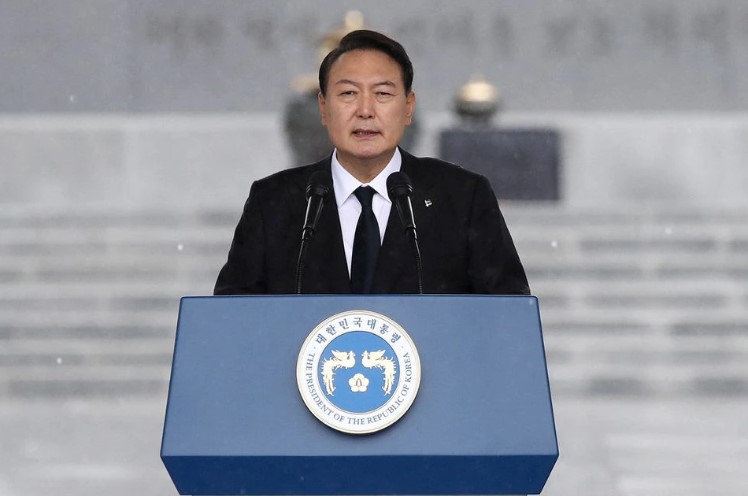 South Korea's ruling party members and rights activists are calling on the government to reopen a 2019 case of the repatriation of two North Korea fishermen, blaming the previous government of trying to curry favour with Pyongyang.

President Yoon Suk-yeol, who took office in May, has been revisiting several defection cases after criticising what he called his predecessor Moon Jae-in's "submissive" North Korea policy and vowing to boost support for defectors during the election campaign.

Yoon's ruling party lawmakers, activists and conservative supporters have called for a re-investigation of the fishermen's case, accusing Moon of violating the men's constitutional and human rights as he tried to improve ties with Pyongyang, which has denounced defectors as "human scum".

The Moon government deported the fishermen, calling them "dangerous criminals" who killed 16 other colleagues aboard their vessel while crossing the sea border and said they would cause harm if they were accepted into South Korean society.

Officials said at the time that there was an "unfortunate event" between the crewmen due to an abusive captain, without elaborating.

But Yoon's party and defector and human rights groups have decried the decision, saying it not only jeopardised the fishermen's lives, but also violated South Korea's constitution that stipulates all North Koreans as South Korean citizens.

The fate of the two men is not known, but defectors from the isolated state face harsh punishment if caught or repatriated, including public execution.

"Defection is not a light crime in North Korea, but the South Korean government even said publicly that they are murderers and forcefully deported them even though they insisted on staying," said Tae Young-ho, a former North Korean diplomat who now is a lawmaker with Yoon's party.

"The two young men were most likely executed, based on double charges of defection and murder."

Yoon said this week that his government is looking into the case because "so many people" had raised it.

An official at the South's Unification Ministry responsible for inter-Korean affairs said the repatriation decision was "clearly wrong", promising to cooperate with a prosecutor's office in Seoul which he said is re-examining the case.

"It might constitute a crime," the official said, speaking on condition of anonymity due to the sensitivity of the matter. "They are constitutionally South Korean citizens, therefore we should have accepted them, given the penalties they would get back there." (Reuters)