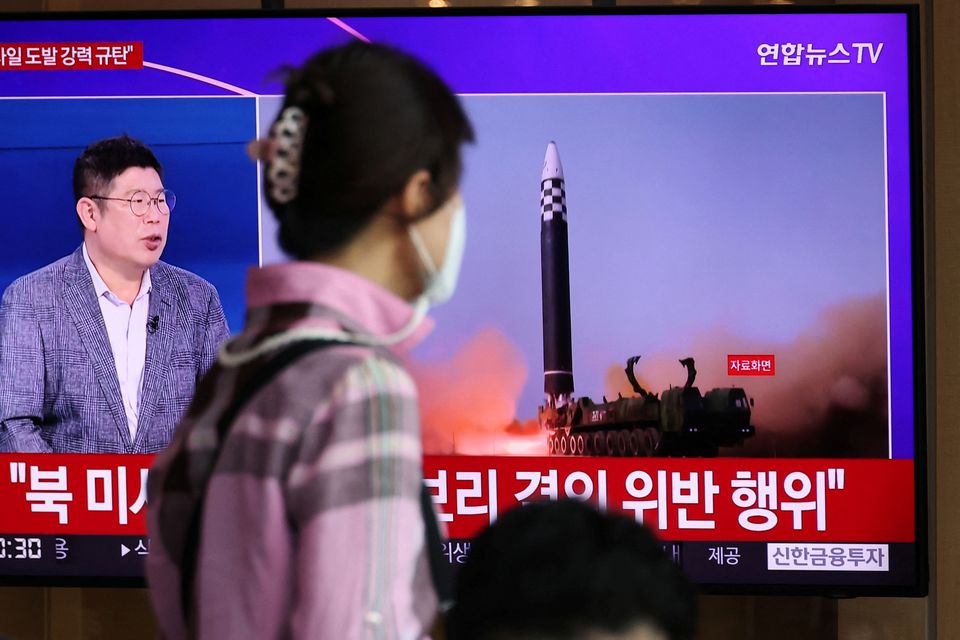 North Korea warned it will "never tolerate" the United States' criticism of the isolated country's nuclear programme, calling Washington the "kingpin of nuclear proliferation" and saying it would not allow any encroachment of its sovereign rights.

North Korea has conducted missile tests at an unprecedented pace this year and international experts believe it is readying its seventh nuclear test, the first since 2017.

The North's permanent mission to the United Nations issued the statement on Wednesday as diplomats gathered in New York for a month-long U.N. conference to review the Treaty on the Non-Proliferation of Nuclear Weapons (NPT).

U.S. Secretary of State Antony Blinken said during the meeting the North "continues to expand its unlawful nuclear programme" and "is preparing to conduct its seventh nuclear test."

"It is the peak of busy blaming that the United States alleges somebody's 'nuclear threats' given the fact that it is the kingpin of nuclear proliferation," North Korea said in the statement.

The North also said it pulled out of the non-proliferation treaty a long time ago, so nobody had the right to impinge on the country's right to self-defence.

"We will never tolerate any attempt by the U.S. and its servile forces to groundlessly accuse our State and encroach upon our sovereign rights and national interests," the North said in its statement.

More in this category: « Japan protests after Chinese missiles land in its exclusive economic zone Kremlin says China has the right to hold military drills around Taiwan »
back to top
Home
http://wowza58.indostreamserver.com:1935/voinews/live/playlist.m3u8