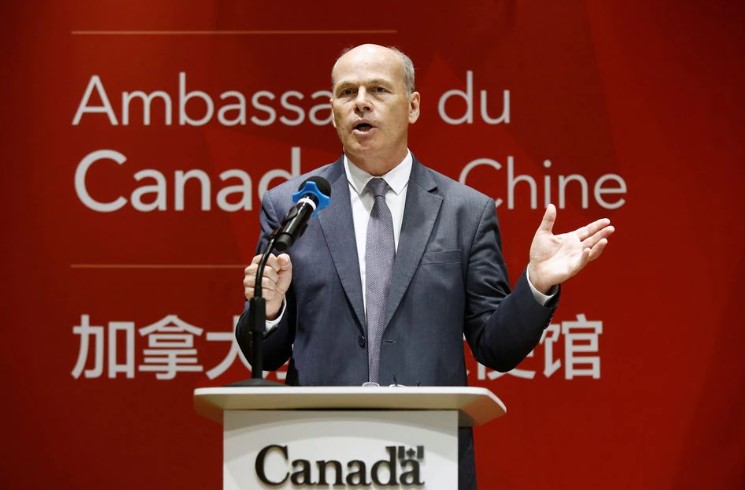 China's foreign ministry said on Friday that it summoned Beijing-based Canadian diplomat Jim Nickel over Canada's participation in a statement issued by the foreign ministers from the Group of Seven (G7) nations.

This is the latest in a string of diplomatic complaints made by Beijing after the G7 called on China on Wednesday to resolve tension around the Taiwan Strait in a peaceful manner.

Chinese Vice Foreign Minister Xie Feng summoned Nickel on Thursday and urged Canada to "immediately correct its mistakes" on the issue of Taiwan or "bear all consequences", according to the Chinese foreign ministry statement published on Friday. (Reuters)

More in this category: « Japan PM Kishida to reshuffle cabinet as early as August 10, NHK reports Papua New Guinea PM says he can form a govt as vote counting continues »
back to top
Home
http://wowza58.indostreamserver.com:1935/voinews/live/playlist.m3u8