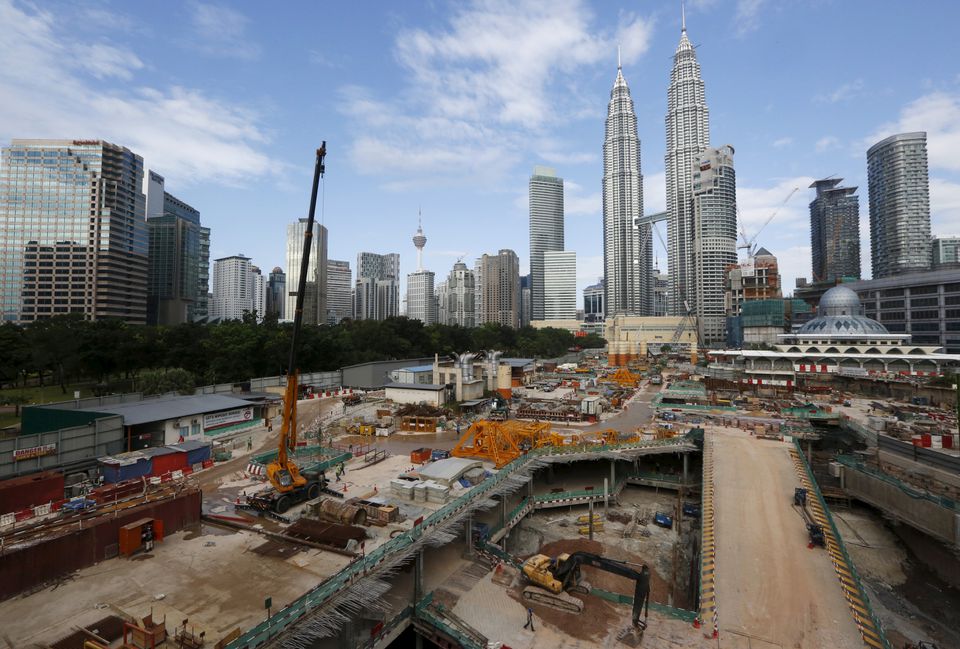 Malaysia's economy grew at its fastest annual pace in a year in the second quarter, boosted by expansion in domestic demand and resilient exports, but a slowdown in global growth is expected to pose a risk to the outlook for the rest of 2022.

Gross domestic product (GDP) in April-June surged 8.9% from a year earlier, the central bank said. This was faster than the 6.7% growth forecast in a Reuters poll and was up from the 5% annual rise in the previous quarter.

It was also quicker than any annual rate seen since the second quarter of 2021, when GDP was 16.1% higher than a low year-earlier base.

Seasonally adjusted GDP for April-June was up 3.5% on the previous three months, when quarterly growth was 3.8%.

Malaysia's economy has been on a strong recovery path since the country reopened its borders in April.

"Going forward, the economy is projected to continue to recover in the second half of 2022, albeit at a more moderate pace amid global headwinds," central bank governor Nor Shamsiah Mohd Yunus told a press conference.

Full-year growth for 2022 would likely be at the upper end of the previously forecast range of 5.3% to 6.3%, Nor Shamsiah said.

Headline and core inflation were expected to average higher in 2022, though Nor Shamsiah said any adjustments to the overnight policy rate would be measured and gradual to avoid stronger measures in the future.

The central bank lifted its benchmark interest rate for the second straight meeting in July.

Capital Economics said in a note it expected Malaysia's economic growth to slow in coming quarters, as commodity prices dropped back and the boost from border reopening fades.

"That said, the slowdown is likely to be relatively mild, with the reopening of the international border set to provide decent support to activity," the group's senior Asia economist, Gareth Leather, said. (Reuters)