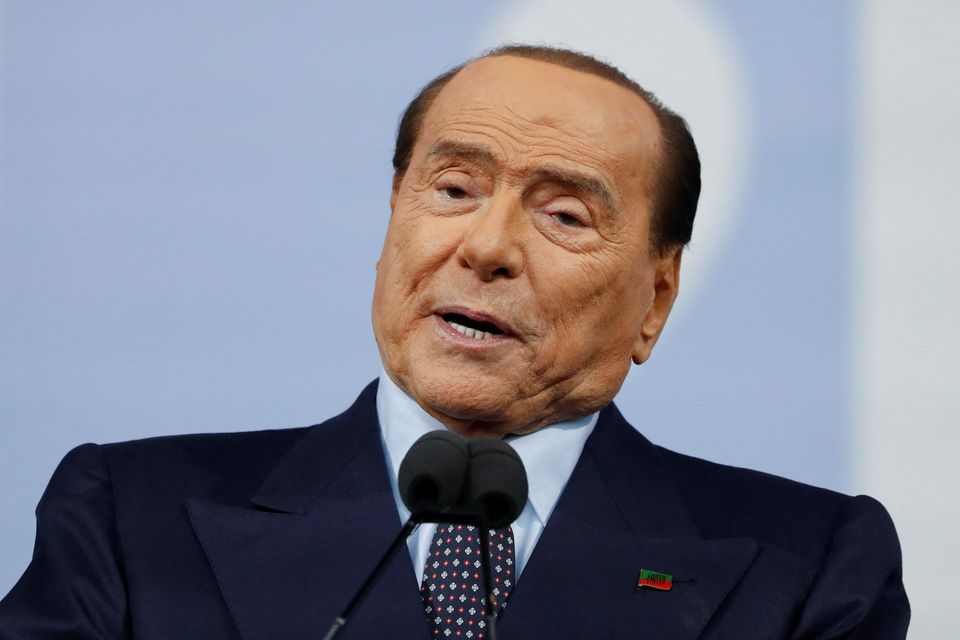 The Italian leader, whose Forza Italia party belongs to a right-wing coalition expected to win Sunday's parliamentary election on Sunday, is a long-time friend of Putin and his comments are likely to alarm Western allies.

"Putin was pushed by the Russian people, by his party, by his ministers to come up with this special operation," Berlusconi told Italian public television RAI late on Thursday, using the official Russian wording for the war.

Russia's plan was originally to conquer Kyiv "in a week", and replace the democratically elected Ukrainian President Volodymir Zelenskiy with "a government of decent people" and get out "in another week," he said.

"I haven't even understood why Russian troops spread around Ukraine while in my mind they should have only stuck around Kyiv", said the 85-year-old Berlusconi, who once described Putin as being like a younger brother.

Putin's stated war aims have varied during the seven-month war. Ukraine initially chased his troops from the Kyiv area, and more recently from parts of the northeast near the Russia border. Putin now says the main aim is to secure territory in the Donbas region partly controlled by pro-Russia separatists.

Facing widespread condemnation from opponents, Berlusconi released a statement on Friday saying his views had been "oversimplified".

"The aggression against Ukraine is unjustifiable and unacceptable, (Forza Italia's) position is clear. We will always be with the EU and NATO," he said.

The leader of the centre-left Democratic Party, Enrico Letta, described Berlusconi's comments on the war as "scandalous".

"If on Sunday night the result is favourable to the right, the happiest person would be Putin," Letta told RAI radio.

Asked about Berlusconi's comments, Ukrainian presidential adviser Mykhailo Podolyak said he believed the former Italian premier liked "to take the side of the winners, and this is definitely not Russia and not Putin".

"I believe the Italian people, and specifically Mr. Berlusconi, are quite pragmatic and understand that, based on the current internal political situation in Russia and based on the situation at the front, it would be a mistake to support Russia in the medium term," Podolayak told Reuters.

"I think he let slip something that he believes in but which he didn't want to say out loud," said Antonio Noto, head of Noto Sondaggi.

Under outgoing Prime Minister Mario Draghi, Italy has been a staunch supporter of Western sanctions on Russia following the invasion.

Giorgia Meloni of the far-right Brothers of Italy, tipped as the next premier, has pledged to stick to that position, but her allies Berlusconi and Matteo Salvini of the League have been more ambivalent.

Berlusconi said on Thursday that Moscow's decision to invade followed an appeal by pro-Russian separatists in eastern Ukraine, who allegedly told Putin, "please defend us, because if you do not defend us, we don't know where we could end up."

Voting began on Friday in four Ukrainian regions mostly held by Russian forces including the separatists, the start of a plan by Putin to annex a big chunk of Ukraine.  (Reuters)

More in this category: « 'Blood on your hands' if world steps back on tackling COVID now - WHO official Iranian state-organised marchers call for execution of protesters »
back to top
Home
//http://180.250.107.174:1935/voinews/stream/playlist.m3u8