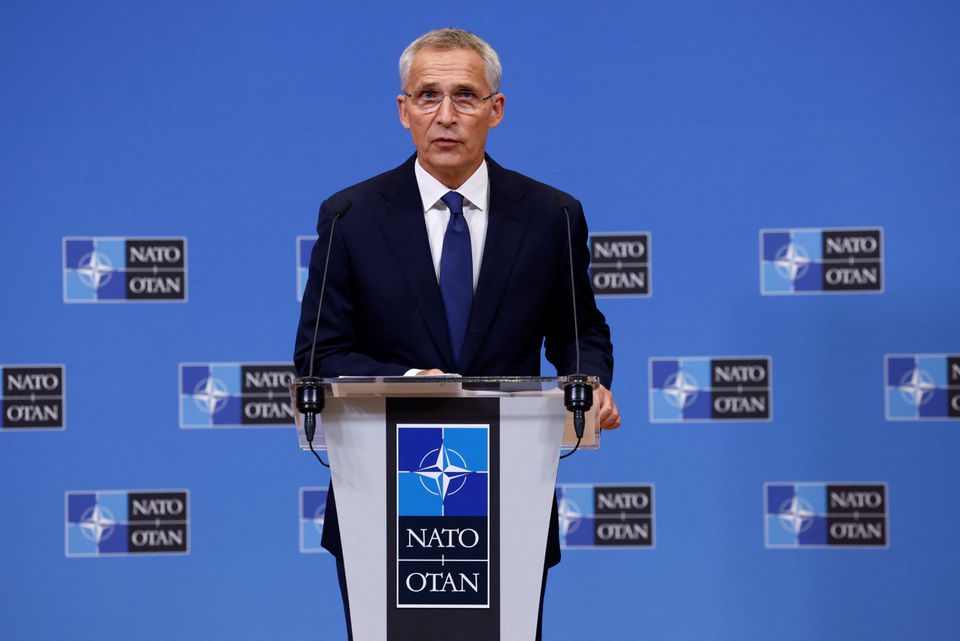 Ukraine's capture of a city within territory of Russian President Vladimir Putin's declared annexation demonstrates that Ukrainians are making progress and able to push back against Russian forces, NATO Secretary-General Jens Stoltenberg said on Sunday.

"We have seen that they have been able to take a new town, Lyman, and that demonstrates that the Ukrainians are making progress, are able to push back the Russian forces because of the courage, because of their bravery, their skills, but of course also because of the advanced weapons that the United States and other allies are providing," Stoltenberg said in an interview with NBC's "Meet the Press."

The best way to counter Russia's proclaimed annexation of parts of Ukraine is to continue supporting the government in Kyiv, Stoltenberg said.

Asked about Ukraine's application for accelerated membership in the Western defense alliance, Stoltenberg said "any decision on membership has to be taken by consensus all 30 allies have to agree to make such a decision."

NATO supports the investigation into the apparent sabotage of Russia's Nord Stream pipelines that run from Russia to Europe under the Baltic Sea, the NATO chief said.

"Any deliberate attack on critical NATO infrastructure will be met with a firm and united response from an angle," Stoltenberg said. (Reuters)

More in this category: « Burkina Faso coup leader says situation 'is under control' King Charles, stepping back from campaigning, will not go to Egypt climate summit »
back to top
Home
//http://180.250.107.174:1935/voinews/stream/playlist.m3u8