FIFA office in Jakarta to facilitate U-20 World Cup preparations 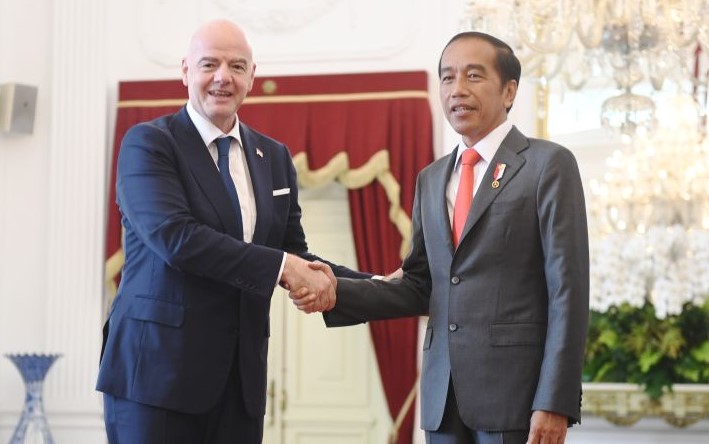 FIFA will operate an office in Jakarta to support preparations for the U-20 World Cup to be held from May 20 to June 11, 2023, Minister of Youth and Sports Zainudin Amali stated.The government has already prepared a special office for FIFA in Jakarta, he noted as per the ministryâ€™s official website on Tuesday.This is conducted to facilitate coordination with the Indonesian Football Association (PSSI) that acts as the local committee, and Amaliâ€™s Ministry and Ministry of Public Works and Public Housing (PUPR) in charge of the event preparations.â€śAfter the 2022 Qatar World Cup, FIFA will be stationed here (in Indonesia),â€ť he explained.â€śIt (the office) has already been prepared in Jakarta. It is quite large. They will be stationed here throughout the preparation period until the eventâ€™s (U-20 World Cupâ€™s) completion,â€ť he remarked.Implementation of the 2023 U-20 World Cup differs from the 2022 Qatar World Cup in which a senior national team had participated. There will be no opening ceremony during the U-20 World Cup, he stated."I already urged the president to have a lavish ceremony similar to the opening of the 2018 Asian games, and it turns out that FIFA's regulation does not allow it," Amali remarked."The opening will be the first match," he noted.Three stadium options have been prepared for the opening match. However, the decision on which stadium to use rests with FIFA, he noted.These stadiums comprise the Manahan Stadium, Solo, Central Java; Gelora Bung Karno Main Stadium, Jakarta; and Gelora Bung Tomo Stadium, Surabaya, East Java.FIFA's plan to have an office in Indonesia had earlier been conveyed by President Joko Widodo last October. However, this step is taken in connection with transformation of Indonesian football as a response to the Kanjuruhan Tragedy.  (Antaranews)