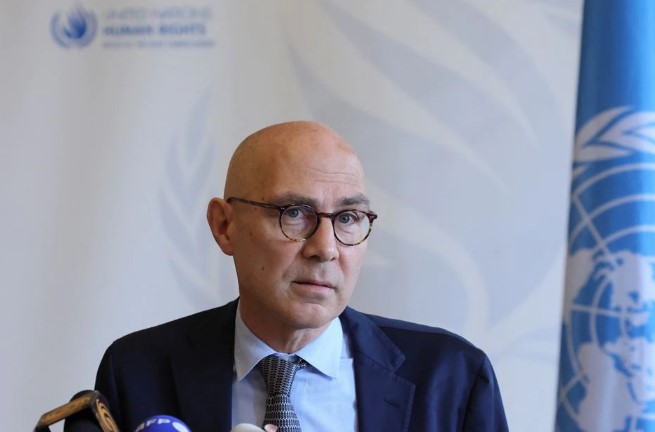 The U.N. human rights chief on Thursday made a strong appeal to Iranian authorities to stop their "unnecessary and disproportionate" use of force against protesters in Iran in a speech to the Human Rights Council on the ongoing crisis.

The body is debating a motion brought by a group of some 50 countries led by Germany and Iceland to create a new investigative fact-finding mission to probe alleged abuses since a wave of protests began over the death in custody of 22-year-old Kurdish woman Mahsa Amini on Sept. 16.

The meeting is seen as a key test of the West's clout within the council following a thwarted attempt to create greater scrutiny of China's human rights record last month.

"We are now in a full-fledged human rights crisis," High Commissioner of Human Rights Volker Turk said in his first address to the council since starting last month.

"The unnecessary and disproportionate use of force must come to an end," he said. Turk added that so far, more than 300 people have been killed in the protests, including more than 40 children, while around 14,000 have been arrested.

Iran has been lobbying against the motion and sent a delegation to Geneva earlier this month to urge countries to vote against the resolution as well as sent diplomatic missions a series of documents seen by Reuters. (Reuters)