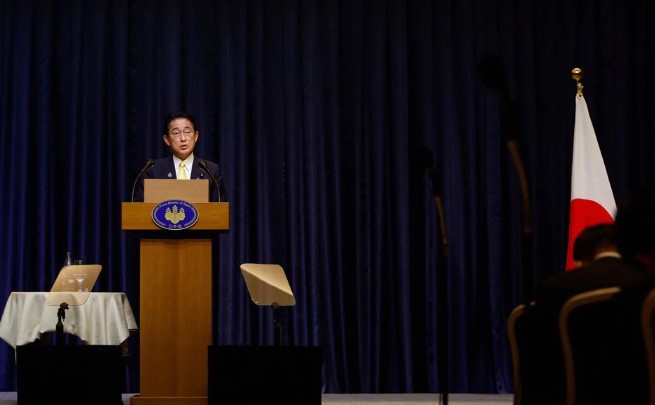 Japanese Prime Minister Fumio Kishida's public support slipped to a new low in a poll published on Sunday, as a series of cabinet resignations has compounded anger over the ruling party's ties to a controversial religious group.

Support for Kishida's cabinet fell to 33.1% from 37.6% a month ago in the Kyodo news poll, his lowest in the agency's surveys since he took office in October 2021. It found disapproval at 51.6%, exceeding 50% for the first time.

Kishida's support has been sliding since the July assassination of former Prime Minister Shinzo Abe revealed deep and longstanding ties between ruling Liberal Democratic Party politicians and the Unification Church, a group that critics say is a cult.

Kishida's approval failed to get a boost from a $200 billion economic support package to ease inflationary pains fuelled by the yen's plunge to 32-year-lows.

On the government's push to boost Japan's defence capabilities, 60.8% in the Kyodo survey said they would support the country acquiring counterattack capabilities - controversial under the pacifist constitution - to boosting deterrence, while 35% opposed it. (Reuters)