All Should Await Further Information on Cabinet Reshuffle: President 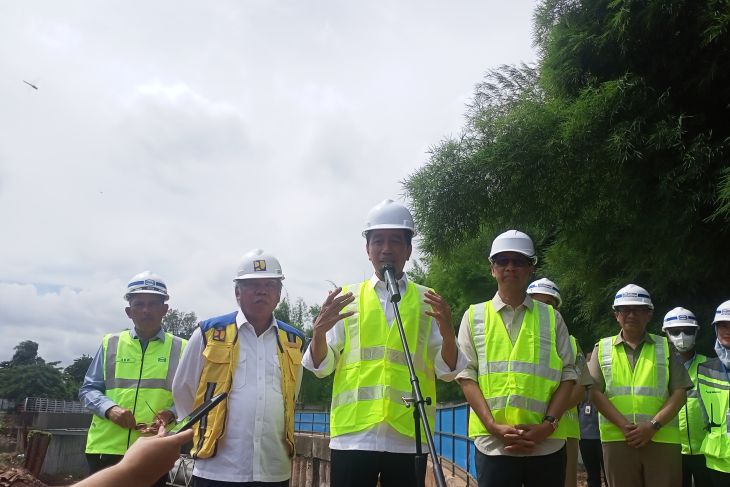 President Joko Widodo (Jokowi) appealed to everyone to wait for further information on the Onwards Indonesia Cabinet reshuffle that has been frequently spoken about over the last few weeks."Wait for it," Jokowi stated during the sidelines of his observation of the Ciliwung River sewer project in East Jakarta on Tuesday.The head of state did not disclose the exact date of the cabinet reshuffle and chose to not reply when the journalists inquired as to whether the reshuffle would take place in February.The talks of a cabinet reshuffle had grown prevalent in recent weeks. Jokowi also hinted at a cabinet reshuffle on several occasions.On Thursday, January 5, President Jokowi said that a cabinet reshuffle could be conducted any time."Tomorrow. It could be Friday, it could be Monday, it could be Tuesday, it could be Wednesday," he stated at the time.On Monday, January 2, he also appealed to everyone to wait for a possible cabinet reshuffle."Yes, just wait," he remarked while visiting the Tanah Abang Market in Jakarta.The Onwards Indonesia Cabinet for the 2019-2024 period had earlier undergone three reshuffles. The first one was on December 23, 2020, during which six new officials were selected to fill positions of the health minister, social affairs minister, religious affairs minister, trade minister, maritime affairs and fisheries minister, and tourism and creative economy minister.Jokowi reshuffled the Onwards Indonesia Cabinet for the second time on April 28, 2021, by swearing into office two new officials to fill the education, culture, research, and technology minister's seat as well as the investment minister's seat.The third reshuffle was conducted on June 15, 2022, in which Jokowi appointed some new officials to become the trade minister, agrarian and spatial planning minister, deputy minister of agrarian and spatial planning, deputy minister of home affairs, and deputy minister of manpower.  (Antaranews)