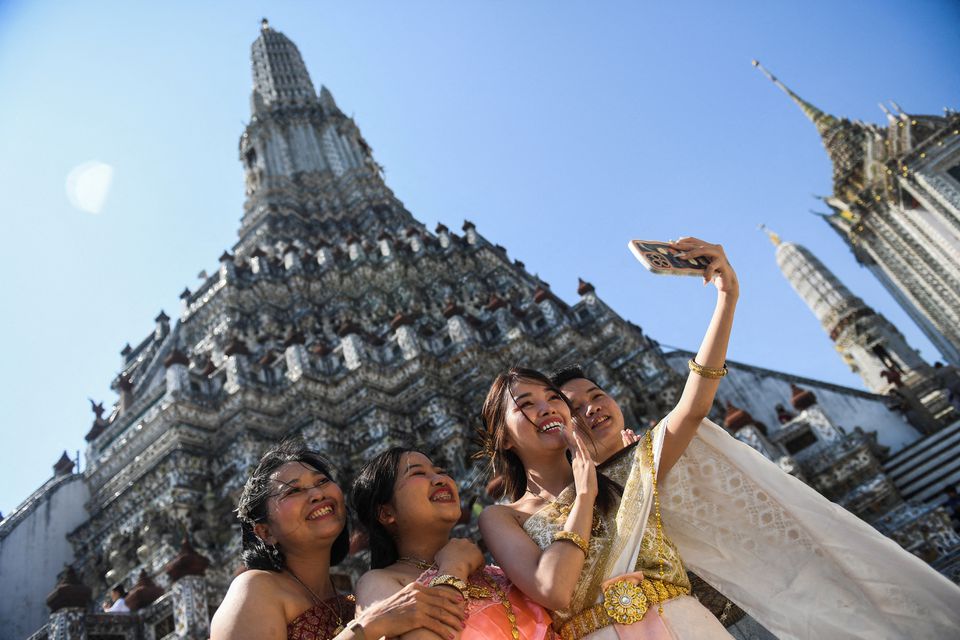 Thailand received 11.15 million foreign visitors in 2022, a surge from just about 428,000 the previous year when broad pandemic-related travel curbs were in place, tourism ministry data showed on Tuesday.

The figures, which beat the government's target, reflect a solid turnaround as Thailand tries to revive its vital tourism industry, which bore the brunt of its strict entry and quarantine policies during the pandemic.

In December, there were 2.24 million foreign tourists, compared with 230,497 in the same month a year earlier.

Pre-pandemic 2019 saw a record of nearly 40 million foreign tourists for the full year.

In 2023, the government is expecting 25 million international visitors, including at least five million from China, Thailand's biggest source market before the pandemic.

The government on Tuesday approved a budget of 3.95 billion baht ($120.72 million) to boost domestic travel and international tourism in secondary cities.

China's reopening is expected to further boost Thailand's vital tourism sector, which before the pandemic accounted for about 12% of gross domestic product in Southeast Asia's second-largest economy. (Reuters)