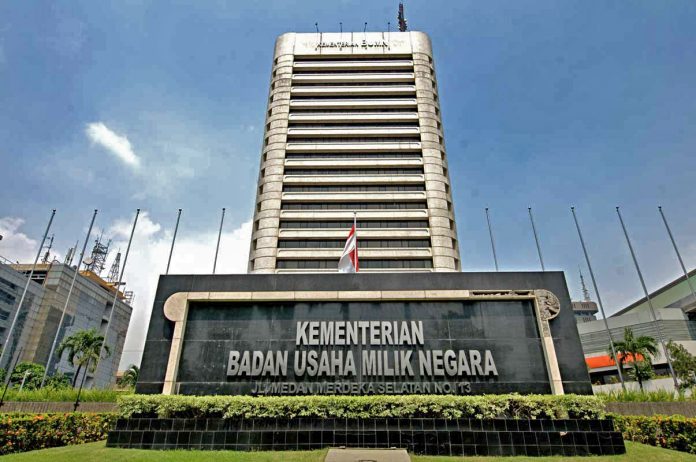 State-owned enterprises play a vital role to support Indonesian economic development. As state-owned companies, they are responsible to help the government in making the people prosperous. They also keep developing from year to year. Data from State-owned Enterprises Ministry showed that there are 143 state-owned companies with total asset around Rp 8 thousand trillion. Their contribution towards State Budget in 2018 was Rp 420 trillion.

Indonesian state-owned companies have excellent products. In aviation, various aircrafts are produced by PT Dirgantara Indonesia, which have been sold abroad. Then, there are also trains made by PT INKA.

These achievements are the reason why the government keeps pushing the state-owned companies to be a great company, not only inside the country but also in global level. To realize such dream, President Joko Widodo appointed two deputy ministers of state-owned enterprises to increase company performance. They are Kartika Wirjoatmodjo, former President Director of PT Bank Mandiri and Budi Gunadi Sadikin, former President Director of PT Indonesia Asahan Aluminium.

To realize the vision and mission of President Joko Widodo, Minister of State-owned Enterprises, Erick Thohir takes a brave step by refreshing the leaders’ organization in his ministry. Seven echelons I have been put into new positions at various state-owned companies.

The brave step of Minister Erick Thohir should be supported and the people are waiting for the result. Hopefully, Minister Thohir will be consistent in taking brave step, apart from political intervention that can disturb performance of the state-owned enterprises.

More in this category: « Polemic on Extension of the Presidential Term Discourse Relevance of OIC 2019 Anniversary Commemoration »
back to top
Home