Millennial Farmers the Agent of Change for Agriculture 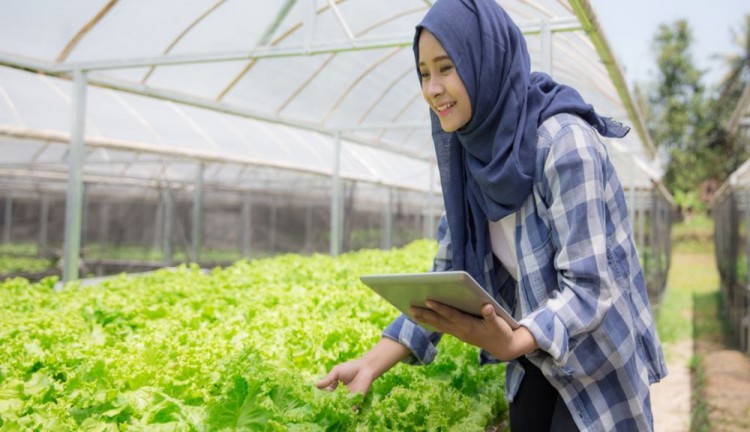 To anticipate the problem of the lack of farmers in the future, the Indonesian government through the Ministry of Agriculture launched the "Millennial Farmers Movement" which was carried out early in 2019 and has been promoted in various regions in Indonesia.

The definition of millennial farmers according to the Ministry of Agriculture is young farmers with age between 19 and 39 years or farmers who are not in that age range but having millennial spirit, being responsive to digital technology, and to agricultural tools and machinery.

Through the Millennial Farmers Movement, millennial farmers are considered capable of improving the nation's economy. They are considered to have an adaptive spirit in understanding digital technology, making it easy to identify and verify technology.

To realize this Millennial Farmer Movement, the government recruits millennial youths to be given training or technical guidance, especially in the application of modern farming, so that it is more advanced, creative and innovative.The movement to create millennial farmers by the Ministry of Agriculture is very relevant to be applied because they are very adaptive in understanding digital technology, supporting the transformation of agriculture from traditional patterns to modern agriculture that is being promoted in Indonesia. Modern farming patterns practiced by millennial farmers can increase production and added value. After about one-year running, the "Millennial Farmers Movement" begins to bring about results in several areas, one of which is Central Java which is able to increase its agricultural production from 9.8 million tons to 9.11 million tons.

In addition to increasing production, modern agricultural patterns practiced by millennial farmers contribute to increasing the value of exports of various agricultural commodities in Central Java to a number of destination countries.The results of the Millennial Farmers Movement are clear evidence that only by applying modern farming patterns, Indonesian farmers are able to realize Indonesia as World Food Barn in 2045, and the challenges of the Industrial Revolution 4.0 in all fields.

The Millennial Farmers Movement needs support from the center to the regions, especially the villages. Support from the villages can be provided by expanding wide access of land which is one of the biggest problems in agriculture. Village-owned enterprises must be able to become a bridge to attract young people, by opening access to capital and markets.