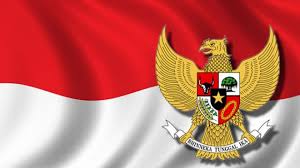 The young generation of Indonesia must have a comprehensive understanding of Pancasila. This was disclosed by the Chairman of Commission II of the House of Representatives –DPR, Zainudin Amali during a hearing with the Head of Staff Office of President and Head of UKP-PIP, at the Parliament Building, Senayan in Jakarta on Wednesday (7/2/2018). Zainudin Amali views that a comprehensive understanding of Pancasila is essential to face the challenges of globalization and the inclusion of transnational thoughts. Thus, the existence of the Presidential Work Unit of Pancasila Ideology Development (UKP-PIP) is very important to face the challenges of this era.

A similar opinion was stated by member of the Commission IX of the DPR, Nurmansah Tanjung. During the dissemination of the Four Pillars, namely Pancasila, the 1945 Constitution, the Unitary State of the Republic of Indonesia, and Bhinneka Tunggal Ika in Bogor, West Java on Sunday (11/2), he affirmed that Pancasila should be the permanent house of all Indonesian people who live across Indonesia. He also stated that Pancasila is able to counteract negative aspects in the state. He reminded that the future generations must fully understand Pancasila.

Deputy Chairman of People’s Consultative Assembly –MPR, Oesman Sapta disclosed that to remember and understand Pancasila, someone must start from their inner heart and mind. This was expressed in the socialization of the Four Pillars of the Assembly to hundreds of cadres of the Pancasila Youth Organization in Haj Padang Dormitory, West Sumatera last Thursday (8/2/2018). As quoted from the page MPR RI, to the participants of that activity, Oesman Sapta reminded to continue to maintain Pancasila.

Previously, Head of Working Unit of President of Pancasila Ideology of Pancasila - UKP PIP, Yudi Latief mentioned that radicalism understanding can be coped with if social justice is really realized. Moreover, Pancasila has mandated it. In a public discussion on the topic of "Religious Radicalism and Its Threat to the Unitary State of the Republic of Indonesia" held in Jakarta on Tuesday (6/2), Yudi Latief explained that Pancasila principles have comprehensively interpreted the ways to overcome radicalism. He insists on overcoming radicalism not only with symbols of tolerance, but the basic problems to be solved.

Meanwhile, Deputy Chairman of MPR, Mahyudin said that there are many national challenges that have occurred since Indonesia was independent. As written in the page mpr.go.id, Mahyudin affirmed that there are always individuals and groups trying to disrupt the ideology of the Pancasila. He is grateful that nowadays, there is a spirit of various elements of the nation to re-actualize Pancasila all over Indonesia. He emphasized that all elements of the Indonesian nation are to jointly strive hard and unite to face all the challenges of the nation. Having succeeded in bringing the people of Indonesia to the front gate of independence that is free, united, sovereign, all of them are jointly striving to realize justice and prosperity.