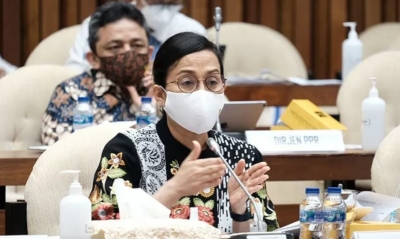 "Our low tax ratio and the reforms we carried out shows that we cannot do it alone," Sri Mulyani said at the Asian Development Bank's 53rd Annual Meeting in Jakarta, on Thursday.

Sri Mulyani said that cooperation with other countries for tax reform could open up opportunities to exchange ideas and experiences regarding violations of taxation practices.

She said that Indonesia has done tax reforms to improve the tax ratio through cooperation with various international institutions such as the IMF, World Bank, and the OECD.

Indonesia is also involved in combating the erosion of the tax base and the diversion of profits or Base Erosion and Profit Shifting (BEPS) and has a Double Tax Avoidance Agreement (P3B) because it is an open economy country.

“Indonesia is an open economy and we are also a country rich in natural resources. Many company operations actually cross borders and that opens up many opportunities for tax evasion," Sri Mulyani said.

He assessed that cooperation on tax reform would be easier if it was carried out with nearby countries because many countries in the Asia-Pacific are also working to combat tax avoidance.

"Personally, we have received and welcomed a lot of support from the World Bank, IMF, and OECD in designing reforms, and we hope for the ADB [to support]," the minister said. (Antaranews)

More in this category: « Government Collaborates With UNICEF To Provide Affordable Vaccines Health and Economy Must Run Simultaneously Amid Covid-19 »
back to top
Home