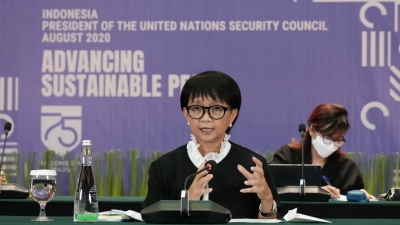 Jakarta. Over 200 Indonesian Muslim pilgrims are still stuck in India because of the lockdown in the country.

"Our team, especially at the Indonesian Embassy in New Delhi and the Indonesian Consulate General in Mumbai, will continue to work hard to get 237 other pilgrims," Foreign Minister Retno Marsudi said in a press statement on Thursday.

The ministry has repatriated 122 pilgrims on Wednesday.

"Thank God, they arrived safely in Jakarta this morning. With their return, we have successfully repatriated 515 pilgrims or 2/3 of the total pilgrims in India," Retno said.

She said this issue was the focus of the Minister of Foreign Affairs of Indonesia-India Meeting, at the ASEAN meeting last Saturday. All delegations, especially the Indian Foreign Minister, responded well.

"Because this is the context that ASEAN and pilgrims are not only come from Indonesia but also from other ASEAN countries, so I called out to help the pilgrims to return to their respective countries. the Indian Foreign Minister responded well," she said.

Previously, more from 700 Indonesian Muslim pilgrims went to India to attend the annual meeting of the Islamic organization on March 3, 2020. Before they had time to return to their homeland, the government of India locked down the country.

The event was followed in over 80 countries, including Indonesia, Malaysia, to the United States. (RRI)