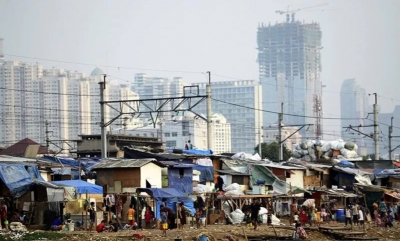 A row of illegal buildings on the banks of the Ciliwung river in the Petamburan area, Jakarta, Sep. 25, 2014. ANTARA FOTO/PRASETYO UTOMO

The World Bank in its latest economic report states that the COVID-19 pandemic has hit economies in East Asia and the Pacific, calling for urgent action to prevent stunted growth and increase poverty in the coming years.

"COVID-19 is not only hitting the poor the hardest, it is creating ‘new poor.’ The region is confronted with an unprecedented set of challenges, and governments are facing tough choices," World Bank Vice President for East Asia and Pacific Victoria Kwakwa said in a statement in Jakarta on Tuesday.

The October 2020 edition of the report entitled From Containment to Recovery stated that the COVID-19 pandemic had caused three shocks to the region, namely the pandemic itself, restrictions on the economy, and the echo of a global recession caused by the crisis.

This situation could lead to an increase in the poverty rate in East Asia and the Pacific region for the first time in 20 years with an estimated 38 million people remaining or being pushed back into poverty. based on the poverty line for upper-middle-income countries of US $ 5.5 per day.

"But there are smart policy options available that can soften these tradeoffs - such as investing in testing and tracing capacity and durably expanding social protection to cover the poor and the informal sector," she said.

The report warns that if action is not taken on multiple fronts, the pandemic could reduce regional growth over the next decade by one percentage point per year, with poor families having the greatest impact, as they have less access to health, education, and healthcare facilities. work, and finance.