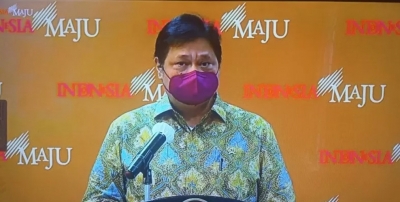 Coordinating Economic Affairs Minister Airlangga Hartarto revealed that at a limited cabinet meeting, President Joko Widodo approved the extension of a ban on the entry of foreign nationals (WNA) into Indonesia until January 28, 2021."The president agreed to extend the ban on the entry of foreign nationals into Indonesia," Hartarto stated at a press conference here on Monday.Indonesia initially announced to close its borders to foreign nationals during the period from January 1 to January 14, 2021, and it has been extended until January 28, 2021."It has been extended twice for seven days, so that means it is extended for another 14 days," he pointed out.

More in this category: « BPOM approves Sinovac COVID-19 vaccine for emergency use: Chairwoman Vaccination program to commence in Indonesia on Jan 13: Pandjaitan »
back to top
Home