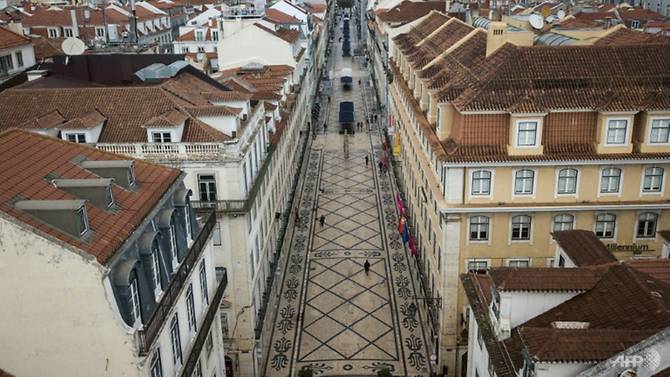 Portuguese voters have been asked to venture out despite the country's pandemic lockdown on Sunday (Jan 24) for a presidential election widely expected to see centre-right incumbent Marcelo Rebelo de Sousa win another term.

Polls point to a first-round win for Rebelo de Sousa, a former political commentator turned approachable head of state known for candid moments like queuing at the supermarket in shorts, plunging into the sea to help girls whose canoe had capsized or sharing a meal with homeless people.

But observers have their eye on how a far-right challenger will perform - and whether a plunge in turnout could produce an upset. At stake is a post with the power to dissolve parliament and call fresh elections - a pivotal constitutional role with a minority government in power.

Portugal has been under a second national lockdown for the past 10 days aimed at braking a surge in coronavirus cases.

The country recorded its worst daily coronavirus death toll and number of new infections on Saturday bringing fatalities to more than 10,000.

More than 80,000 infections were reported in the past week to Friday, the highest rate worldwide in proportion to its 10.8 million people, according to an AFP tally based on government figures.

Almost every new day brings a fresh record in case numbers, and the government has now shut schools for two weeks on top of shops and restaurants//CNA

More in this category: « UK will be the president of the G7 in 2021, hosting the leaders’ summit in Cornwall in June Biden administration to unveil more climate policies, urges China to toughen emissions target »
back to top
Home