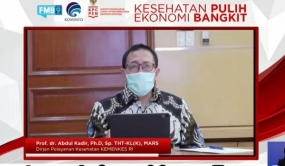 More than 132 thousand medical workers from 13,535 health facilities in 92 districts/cities of 34 provinces in Indonesia have received COVID-19 shots, the Health Ministry's spokesperson for the vaccination program said."From January 14 (2021) to Friday (January 22) at 1 p.m., more than 132 thousand, or 22 percent of 598,483 medical workers who have been registered for this first phase vaccination program, have received the COVID-19 jabs," Siti Nadia Tarmizi informed.Speaking at a virtual press briefing that ANTARA joined from Jakarta on Friday,  Siti Nadia  said if all 598,483 medical workers are vaccinated, another 888,282 paramedics will be inoculated as part of the second phase of the program."As we have previously targeted, some 1.4 million medical workers will have got administered with the COVID-19 vaccine by February," she said, adding that about 20,154 paramedics could not be inoculated because of several reasons.Several of them reportedly contracted COVID-19, while several others had comorbidities or were pregnant, she elaborated.Ahead of Indonesia's national vaccination program, the Indonesian Ulema Council had issued a fatwa, or decision, on the halal status of China's Sinovac vaccine.Indonesia's Drug and Food Control Agency (BPOM) also issued an emergency-use authorization (EUA) for the vaccine, allowing the government to commence its vaccination program on January 13, 2021.President Joko Widodo, Indonesian Military (TNI) Commander, Air Chief Marshal Hadi Tjahjanto, and several public figures, including television personality Raffi Ahmad, received the country's first COVID-19 jabs on the day.The Health Ministry revealed earlier that it would take 15 months to vaccinate about 181.5 million people under the national COVID-19 vaccination program."We need 15 months to accomplish it. The time-frame for conducting the vaccination is counted from January 2021 to March 2022," Siti Nadia  stated.During the period, the government is targeting to inoculate some 181.5 million people, including 1.3 million paramedics and 17.4 million public sector workers in 34 provinces, she informed.Tarmizi said the first phase of the government's immunization program will be further divided into two stages: January-April, 2021 and April, 2021-March, 2022. (Antaranews) 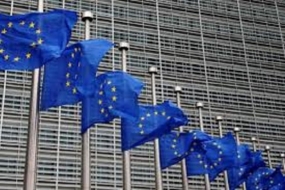 The European Union (EU) has provided 500,000 euros, or about Rp8.5 billion, in emergency aid for victims of the 6.2-magnitude earthquake that struck West Sulawesi province on January 15, 2021.“The aid is a form of European Union’s solidarity to Indonesia over the large number of quake victims. Our close relations encourage us to lend a hand," European Union Ambassador to Indonesia, Vincent Pike, said in a written statement released on Thursday.About 300,000 euros of the aid has been channeled through the European Civil Protection and Humanitarian Aid Operations (ECHO), and 200,000 euros through the Disaster Relief Emergency Fund (DREF).The aid will be disbursed to around 24 thousand people in several quake-hit areas in the districts of Majene, Mauju, and Polewali Mandar to meet their needs.The distribution of aid will involve the humanitarian institutions of Masehi Advent Hari Ketujuh Church, Adventis Development and Relief Agency International (ADRA), and the International Federation of Red Cross and Red Crescent Societies (IFRC).The aid will be dispensed in the form of cash, emergency home utensils, health equipment, clean water supplies, and other emergency needs.The European Union will also provide training to local people about ways to rebuild earthquake-resistant homes. Special attention will also be given to the most vulnerable and marginalized groups including female-headed households and people with disabilities.A 6.2-magnitude quake struck several areas in West Sulawesi early on January 15, 2021. The Meteorology, Climatology and Geophysics Agency (BMKG) said the quake was centered six kilometers northeast of Majene.As of Thursday morning, 91 people have lost their lives and 9,910 others have taken refuge, according to the National Disaster Mitigation Agency (BNPB).The West Sulawesi provincial government has declared a 14-day emergency response status for the earthquake until January 28, 2021. (antaranews) 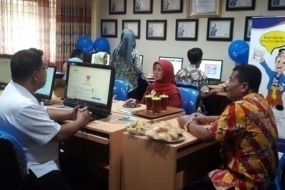 The Home Affairs Ministry confirmed that Indonesia's population, as of December 2020, had totaled 271,349,889 people.The latest population data is obtained on the basis of synchronization of the results of the 2020 Population Census and population administration data from the Directorate General of Population and Civil Registration of the Ministry of Home Affairs."The total population of Indonesia in the Semester II of 2020 that was integrated with the population census data reached 271,349,889 people," Secretary General of the Ministry of Home Affairs Muhammad Hudori noted in a joint press release of the 2020 Population Census Data and 2020 Population Administration Data here on Thursday.Of the total population, 134,229,988 are females and 137,119,901 are males, while there are 86,437,053 family cards (KK).Based on the distribution of population, Java Island has the largest populace, at 55.94 percent; followed by Sumatra, at 21.73 percent; Sulawesi, 7.43 percent; Kalimantan, 6.13 percent; Bali and Nusa Tenggara, 5.57 percent; Papua, 2.02 percent; and Maluku, 1.17 percent.West Java is the province, with the largest population, at 47.1 million, followed by 41.04 million in East Java, 37.10 million in Central Java, 15.14 million in North Sumatra, and 11.64 million in Banten.Five provinces with the lowest population are North Kalimantan, with 0.68 million people; 1.15 million in West Papua, 1.19 million in Gorontalo, 1.30 million in North Maluku, and 1.43 million in the Bangka Belitung Islands.Meanwhile, based on the results of the 2020 Population Census (SP2020) conducted by the Central Statistics Agency (BPS) until September 2020, Indonesia’s total population was recorded at 270,203,911 people.BPS Head Suhariyanto explained that the count of the Indonesian population from SP2020 was obtained through a long-drawn process from the results of the Online Population Census and field data collection that was then synchronized with the Adminduk data. Thus, data from the 2020 Population Census and Adminduk data are currently integrated.Indonesia recorded a population growth rate of 0.14 percent during the period from September to December 2020.The results of SP2020 as compared to SP2010 showed an increase in the population of 32.56 million people, or an average of 3.26 million every year."As compared to the earlier population censuses, we can see that the number of Indonesians continues to increase from time to time," he stated. (Antaranews)