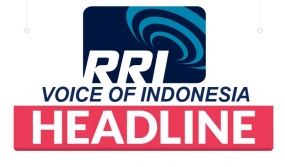 “Still in line with capacity building, Indonesian Rector Forum and Padjajaran University give scholarship to the Palestinian students. This is part of Indonesia’s effort to prepare Palestinian young generation. The scholarship on the aviation education for Palestine students at the Indonesian aviation schools are currently in the process, so it can be implemented soon,” said Retno Marsudi.

Retno hopes the scholarship programs can be part of an effort to build capacity building to get positive impact in education for Palestinians’ welfare especially for young generation. In 2019, Indonesia plans to provide scholarship to 90 Palestinian officials and people. The programs offered will be varied from women empowerment, good governance, tropical fruits agriculture, food and medicine control and also aviation training. According to Retno, so far there have been 2000 Palestinians receiving capacity building in 17 programs that have been provided by the Indonesian government. (VOI/REZHA/Trans :NK/AHM) 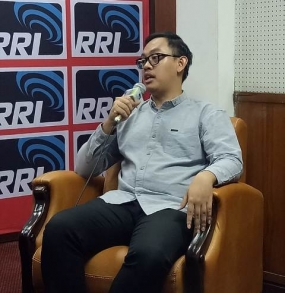 Trade War is a Momentum for Indonesia to Expand Export 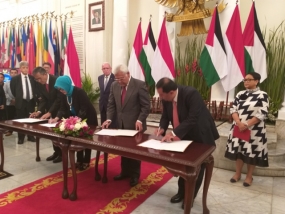 National Zakat Agency (BAZNAS) signed a Memorandum of Understanding with the United Nation Relief and Works Agency for Palestine Refugees in the Near East (UNRWA). The MOU is an effort to provide assistance and protection to the Palestinians that become conflict victims in their country. The MOU was signed at the Pancasila building of Foreign Affairs Ministry Office on Tuesday, October 16th 2018. The Vice Chairman of BAZNAS, Zainulbahar Noor and UNRWA Chairman signed the MOU. BAZNAS also provides donation to Jordan Hashemite Charity organization for Palestinian. Indonesian Foreign Affairs Minister, Retno Marsudi who witnessed the signing of the MOU said that what BAZNAS did was the first innovation of distributing zakat in Indonesia.

“The third is National Zakat Agency Baznas as we have witnessed earlier have donated to the UNRWA and Jordan Hashemite charity organization for the Palestinian refugees. This is the first innovation where zakat can be channeled for the refugees, in this case, Palestinian refugees,” said Retno Marsudi.

On the same occasion BAZNAS Vice Chairman, Zainulbahar Noor explained that the MOU was signed focusing on the Palestinian refugees issues that is vurnarable and depends on the UNRWA donation. According to him, BAZNAS is committed to helping the Palestinian people, includingthe refugees who are currently under UNRWA protection. The number of refugees listed is five million people that spread in Jordan, Lebanon, Syria, West Coast and Gaza Strip. He added that Baznas has held a charity event for the Palestinians for two years and the donation will be given to UNRWA to support their programs especially in education and health by cooperating with the local and international agencies. (VOI/VIQRAN/Trans :NK/AHM) 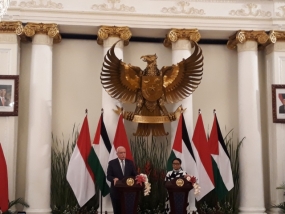 Indonesia Protests Australia for Moving its Embassy to Jerusalem

Indonesian government asked Australia and other countries to support peace keeping process between Palestine and Israel that has been continuously done to give solutions for the two states. It was affirmed by Indonesian Foreign Affairs Minister, Retno Marsudi during a press  conference with Palestine Foreign Affairs Minister Riyad Al Maliki at the Pancasila Building in Jakarta on Tuesday (16/10/2018) to respond Australian Prime Minister, Scott Morrison’s statement that Australia is open on the possibility to move their embassy in Israel to Jerusalem, eventhough they have committed on the two states solution.

“Indonesia has asked Australia and other countries to continue to support Palestine-Israel peace keeping process in line with the principle that has been agreed and not to take any steps that can threat the peace process itself and the world’s security stability. Indonesia’s support to Palestine is the trust of the constitution,” said Retno Marsudi.

Moreover, Foreign Minister Retno Marsudi has summoned Australian Ambassador to Indonesia, Gary Quinlan to the Indonesian Foreign Ministry office on Tuesday afternoon (16/10) in connection to the plan. Meanwhile, Foreign Affairs Spokesman, Armantha Nasir told RRI World Service Voice of Indonesia in Jakarta that Quinlan was summoned for an explanation from the Australian government about its plan to move its embassy to Yerusalem.

“We stated our position on Australia’s statement on Tuesday, October 16th 2018 in connection to the Palestine issues,” said Armanatha.

Ambassador Quinlan arrived at the Indonesian Foreign Affairs Ministry office at 05.15 and met with Minister Retno Marsudi. After their meeting, Quinlan told the media that Australian position will not change and still support two state solution where Palestine and Israel can live side by side peacefully. (VOI/VIQRAN/Trans: NK/DP)