Sailors from the Denpasar Naval Base on Friday partook in the efforts to conduct a coastal clean-up drive on the Indonesian island of Bali's Kuta Beach strewn with marine debris since December 30, 2020.

"We all must start this clean-up effort," Denpasar Naval Base Commander, Colonel Ketut Budiantara, informed journalists on the sidelines of the clean-up mission.

The marine litter washing ashore this popular beach was a matter of serious concern since it not only made it appear unsightly but it could also harm coastal wildlife, he remarked. Budiantara cautioned that if the marine debris had drifted until a dock's area, it could also disrupt vessel traffic. He then appealed to local residents and tourists to keep the Kuta Beach clean. The clean-up effort was supported by a coastguard of Kuta Beach named Wayan Suadi, who stated that driftwood was harmful to those surfing at sea.

With the support of local government officials, boy scouts, police officers, and soldiers, the beach was cleared of some 30 tons of marine debris. Most of the trash was plastic waste. Head of the Environment Office at the Badung District Government I Wayan Puja drew attention to the annual problem of a mountain of trash drifting from the sea before washing ashore Kuta Beach. The marine litter, dominated by plastic waste, had turned out to be a major problem for the resort island of Bali's beaches and sea//ANT

Indonesia has just received its "year-end present" with an additional 1.8 million doses of Sinovac vaccine landing in Jakarta on the very last day of 2020. The archipelagic nation had received the first consignment of 1.2 million doses from Sinovac earlier in December, 2020. Speaking at an online press briefing one day before the latest consignment arrived, Minister of Foreign Affairs, Retno Marsudi, had said that Indonesia's diplomacy is working to open the access for vaccine collaboration with all countries as well as mechanisms.

"I repeat, (we are seeking cooperation) with any parties, whether through bilateral track or multilateral, for vaccine procurement," Marsudi remarked."I could say that Indonesia has become one of a handful of countries which have secured vaccines for domestic needs,” she said.

“However, at the same time, aligned with the principle of equal access of vaccines for all the nations, as well as the manifested responsibility of Indonesia to the world, Indonesia contributes through CEPI (Coalition for Epidemic Preparedness Innovations) for global procurement,” she added. Marsudi has on many other occasions voiced the urgent need to achieve both "vaccine nationalism" and "vaccine globalism”, citing the terms floated by senior Indonesian diplomat Dino Patti Djalal.

"Vaccine is certain to be a diplomatic, political, economic, and logistical challenge. Just like COVID-19 has been the most political virus ever, the vaccine will also be political," Djalal said in the year-end-statement of his think-tank, the Foreign Policy Community of Indonesia.

He projected that through this second year of COVID-19 pandemic, there would be a strong impulse for "vaccine nationalism”.

“But, the real test of international solidarity is in the realm of vaccine cooperation. And the good news is that 'vaccine globalism' is becoming a much stronger politically correct norm,” Djalal added.

During a meeting in Geneva with the CEO of Gavi The Vaccine Alliance, a co-initiator of the COVAX facility along with the World Health Organization (WHO) and CEPI, Indonesia directly and officially submitted a letter of interest to join COVAX AMC (Advanced Market Commitment)//ANT 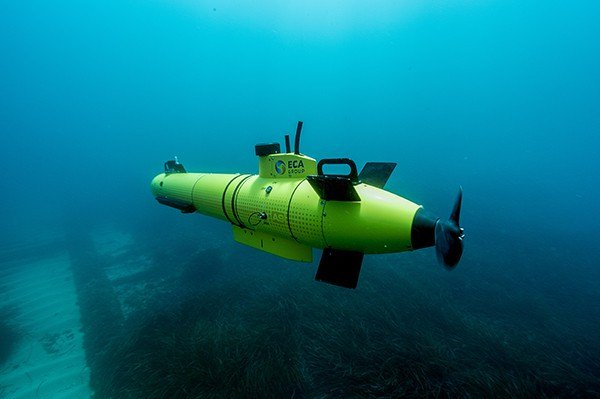 Indonesia needs to strengthen its underwater defence and security in the wake of the discovery of an Unmanned Underwater Vehicle (UUV) belonging to a foreign nation deep inside its territorial waters, a top legislator said.

"Any underwater drone and submarine of foreign countries cannot be at our sea without our government's permission,” Deputy Speaker of the House of Representatives (DPR), Azis Syamsuddin, said here on Friday.

The Indonesian Foreign Ministry must lodge a protest with the country which owns the drone that was recently found by a fisherman near Selayar Island, South Sulawesi province, he added. The Foreign Ministry needs to also coordinate with the military (TNI) commander to take the necessary measures in response to the discovery of the foreign UUV, Syamsuddin said. The TNI commander could dispatch TNI units to bolster their early-detection capability and to prevent the UUV from sending data obtained from the covert operation, he added. 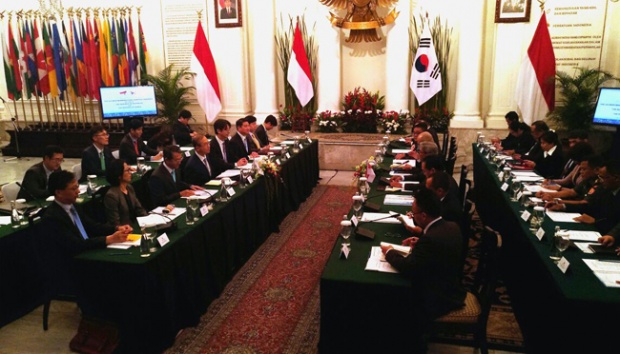 The Indonesian Export-Import Agency (LPEI) or Indonesia Eximbank received credit worth US$ 200 million dollars with a two-year tenor from the Export-Import Bank of Korea (KEXIM).

Executive Director III of LPEI, Agus Windiarto in his statement on Wednesday (23/12) said that the synergy between the Indonesian Export-Import Agency-LPEI and the Export-Import Bank of Korea -KEXIM is believed to strengthen the existing cooperation. The support during the pandemic proved that the two institutions are able to support each other to cooperate in a bid to restore the economy.

The credit facility entitled ‘Master Interbank Credit Facility Agreement’ was signed on Tuesday (22/12) virtually at the LPEI Office. Agus Windiarto said that the cooperation is expected to strengthen the development of bilateral trade of both countries and further enhance the partnership between Eximbanks that are members of the Asian Exim Banks Forum (AEBF). He added that LPEI welcomes the opportunity to collaborate with Korea Eximbank after previously with China Eximbank even during these difficult times.

On this occasion, LPEI hopes to meet the needs of exporters and enable entrepreneurs to develop business capacity and ultimately help increase national exports.

Meanwhile, Chairman of the Board of Directors concurrently LPEI Executive Director, Daniel James Rompas said that LPEI continues to provide support to the Small and Medium Enterprises segment and domestic corporation to penetrate the export market. With KEXIM's support, it is hoped that the role currently given to LPEI to encourage economic growth through the National Economic Recovery program can be further enhanced.

Daniel James Rompas also emphasized that the loan facility is also a form of trust from international financial institutions to the LPEI in gaining access to funding to support foreign trade activities.