The EU Closes its Borders to Slow the Coronavirus Spread 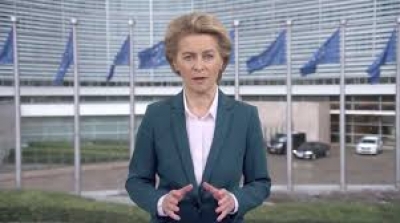 European leaders have moved to shut the EU's external borders as they grapple with the quickly spreading virus. The measure is expected to apply to 26 EU states as well as Iceland, Liechtenstein, Norway and Switzerland.

The ban came as deaths continued to soar across Europe. Italy remains the worst-hit country with another big surge in cases today. Spain has also partially locked down its 47 million inhabitants In Germany Chancellor Merkel has banned religious services and venues including clubs, bars, leisure facilities, zoos and playgrounds will also be closed. In Press conference held on Tuesday, March 17th 2020 in Brussel, Charles Michel, President of the European Council stated that European member states has agree to limit their borders.

"To limit the spread of the virus globally we agreed to reinforce our external borders by applying a coordinate temporary restriction of non-essential travel to the EU for period of 30 days based on the approach propose by the commission," said Charles Michel.

"A big topic today were off course also the internal borders and consequently the blockage there. Here absolutely crucial that we unblock the situation because we know that too many people stranded within the European Union and have problem to go back home. And we have a lot of traffic jam of lorry transporting goods the flow of goods has to be swift, we need this goods for the internal market," she said.

The European Commission launched an advisory panel on Covid-19 composed of epidemiologists and virologists from different Member States to formulate EU guidelines on science-based and coordinated risk management measures. This panel, which was created following a mandate by EU Member States, will be chaired by the Commission President, Ursula von der Leyen, and co-chaired by Stella Kyriakides, Commissioner for Health and Food Safety. (BBC/NK)

More in this category: « The EU Shuts its Borders to sSlow the Coronavirus Crisis Malaysia starts two-week isolation to rein in coronavirus »
back to top
INTERNATIONAL NEWS