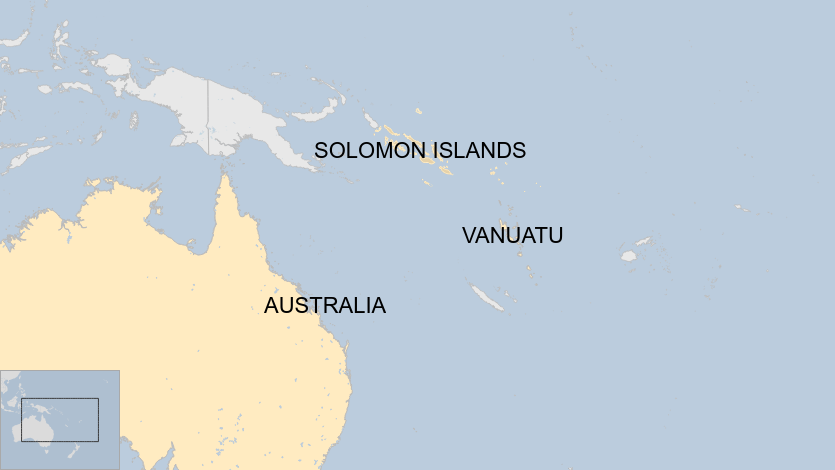 A cyclone bringing winds of 135mph (215km/h) has arrived in the Pacific nation of Vanuatu. Cyclone Harold is a category five storm - the most severe - and has already killed 27 people in the neighbouring Solomon Islands. The victims were swept off a ferry that defied cyclone warnings. Vanuatu, home to around 300,000 people, is already in a state of emergency because of the coronavirus - and is awaiting general election results. The storm is particularly affecting Sanma province, home to the country's second biggest city, Luganville. Although there have been no injuries reported, photos showed roofs blown off buildings and power lines brought down. Some people took shelter in caves.

"There is lots of damage in Sanma, they lost lots of buildings," Jacqueline de Gaillande, chief executive of Vanuatu Red Cross, told Reuters.

The Vanuatu meteorology department recorded winds of 135mph in Sanma but said gusts - which are less sustained - were reaching 145mph (235km/h). A major international effort was needed after the last category five storm - Cyclone Pam - hit Vanuatu in 2015. Although Vanuatu has no confirmed Covid-19 cases, it declared a state of emergency last month, soon after the country voted in a general election. The counting of the votes was live-streamed, as social distancing rules made it difficult to have enough observers in one room//BBC