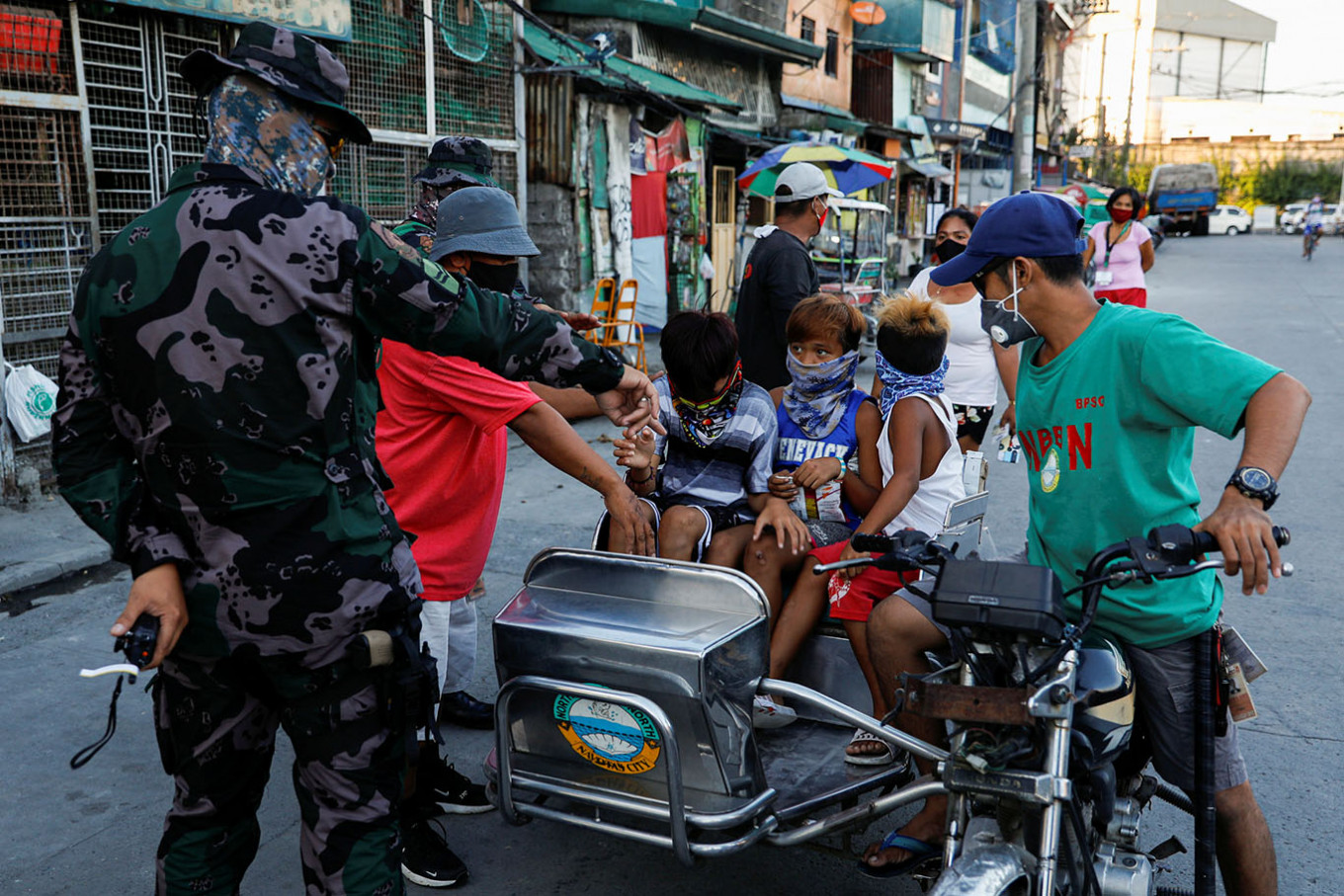 The Philippines will re-impose a stricter coronavirus lockdown in and around the capital for two weeks from Tuesday (Aug 4) as the country struggles to contain infections that have jumped to more than 100,000 cases. President Rodrigo Duterte has approved placing Metro Manila and nearby provinces such as Laguna, Cavite, Rizal and Bulacan under so-called "Modified Enhanced Community Quarantine" (MECQ) until Aug. 18. Some businesses and public transport are expected to be closed in the capital, which is currently under the less restrictive General Community Quarantine classification. Work and quarantine passes will also be required, as authorities seek to restrict movements. Duterte's move came after 80 local groups representing 80,000 doctors and a million nurses called for tighter controls, saying the country was losing the fight against the coronavirus//JP

More in this category: « Victoria declares state of disaster after spike in cases Outbreak hits Norway cruise ship, could spread along coast »
back to top
INTERNATIONAL NEWS