UK Allows Temporary Use Of Flu Vaccine To Meet Demand 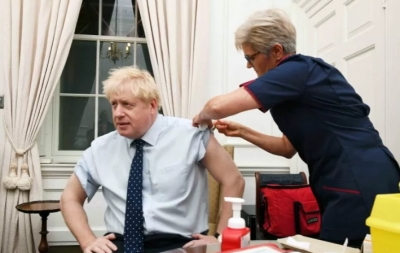 The UK is allowing temporary use of the Flublok flu vaccine and ordering millions of doses as it seeks to get more vaccines into the public during the COVID-19 pandemic.

The surge in demand for a vaccine to prevent winter flu is causing a crisis in several European cities, increasing the risk of a "dual pandemic", which has the potential to cause death, as COVID-19 infections increase.

The UK is targeting vaccinations for over 30 million people, nearly half of the population.

The government also said it would authorize the supply of Flublock, which was used in the United States for the past three winters.

"Flublock is commonly used in the United States and evidence shows it is very good," said the deputy head of the UK's medical advisory, Jonathan Van Tam.

"I want to make sure to all parties that all vaccines have passed reliable clinical trials and rigorous regulatory checks to ensure they are safe, effective, and of high quality," he said.

Flublok has a permit for temporary supplies from the Health and Drug Regulatory Agency (MHRA). The MHRA is authorized to take such steps once a drug is confirmed to be safe and effective in responding to threats to public health.

Regulators are given extra powers during a pandemic, such as being able to give temporary clearance of any COVID-19 vaccine that meets safety and quality standards before being fully licensed. (Antaranews)

More in this category: « Malaysia Limits 10 Percent WFO
back to top
INTERNATIONAL NEWS