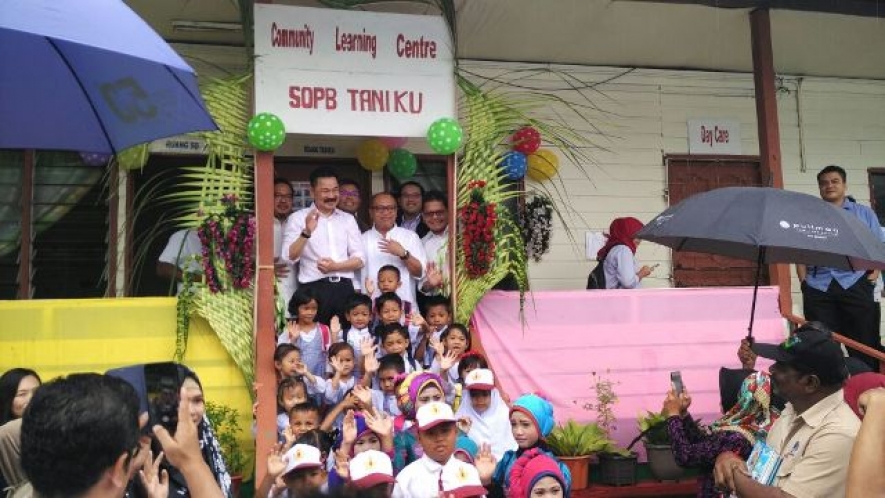 Ambassador of the Republic of Indonesia to Malaysia, Rusdi Kirana on Friday, (16/3) in Miri, Sarawak, Malaysia inaugurated 17 new Community Learning Centers (CLC) in the Sarawak region. This learning center is provided for children of Indonesian Migrant Workers (BMI), especially those working in plantation sectors scattered in various areas of Sarawak. At a press conference at one of the CLCs at the Sachiew oil palm plantation, Yuang Group in Miri, Ambassador Rusdi Kirana said in addition to the new CLC in Sarawak, the Government of Indonesia also plans to build vocational schools as a continuation of basic education at CLC.

“In Sarawak the target is 50 and now there are already 12 CLCs. The target on this trip is 17, so the first 19 must have been run. Today we have inaugurated 17, so it becomes 36. We have a target by June there will be 50 CLCs in Sarawak. For Sabah, we will build a vocational school from Elementary, Junior High School. We will direct it to vocational schools. As already mentioned earlier, the major of the vocational school includes culinary, hospitality, and mechanics. Hopefully at the end of this Eid ul Fitr we do the ground breaking build the school. The fund is already available,” Rusdi Kirana said.

Ambassador Rusdi Kirana added that the target of building 50 Community Learning Center (CLC) in Sarawak in 2018 is a form of commitment of the Government of Indonesia to continuously provide decent educational access, including to children of Indonesian migrant workers residing in plantations in Sarawak. He also believes, if the children of the migrant workers are educated, undoubtedly their life in the future will be better. They will no longer work in the plantations like their parents do now. Therefore, to realize this, Ambassador Rusdi Kirana asked for an active role from parents to encourage their children to study in the CLC which has been provided in the plantation. (VOI/Rezha/AHM)