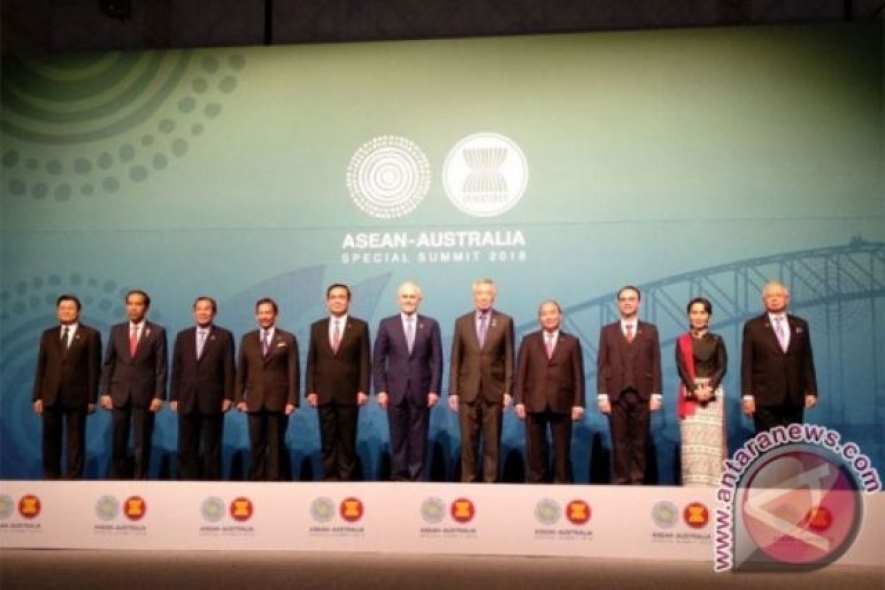 Indonesia and Australia have encouraged Indo-Pacific regional stability during their bilateral meeting held on the sidelines of ASEAN-Australia Special Summit 2018 on Saturday. "At the bilateral meeting, the two leaders warmly welcomed the plan of action for maritime cooperation and hoped that it could be implemented soon. They also hoped the discussion on communication and consultation on the concept of Indo-Pacific could be realized to create stability in the Indo-Pacific region," Indonesian Foreign Minister Retno Marsudi said in Sydney, Australia, on Saturday.

The bilateral meeting also serves as a conclusion of 2+2 meeting between foreign ministers and defense ministers of the two countries held the day before.

"In addition, we also discussed Indonesia-Australia Comprehensive Economic Partnership Agreement (CEPA). Although it has almost been completed, the negotiations have reached more than 90 percent, and several things still have to be discussed with Australia," she remarked.

Negotiations between trade ministers of the two countries will be held next month.

"Based on the report from the trade minister, he will meet again (with his Australian counterpart) in April to settle the remaining issues. Hopefully, the two countries will reach an agreement by the end of this year," she asserted.

At the meeting, the two countries also agreed to the principle of mutually beneficial cooperation in implementing the agreement.

"The first principle that must be agreed upon is that the CEPA must benefit both THE countries. The second principle is that CEPA is not only a commercial project but also a project of partnership and cooperation.

The third agenda of the bilateral meeting is digital Indonesia-Australia digital cooperation. (ANTARA)