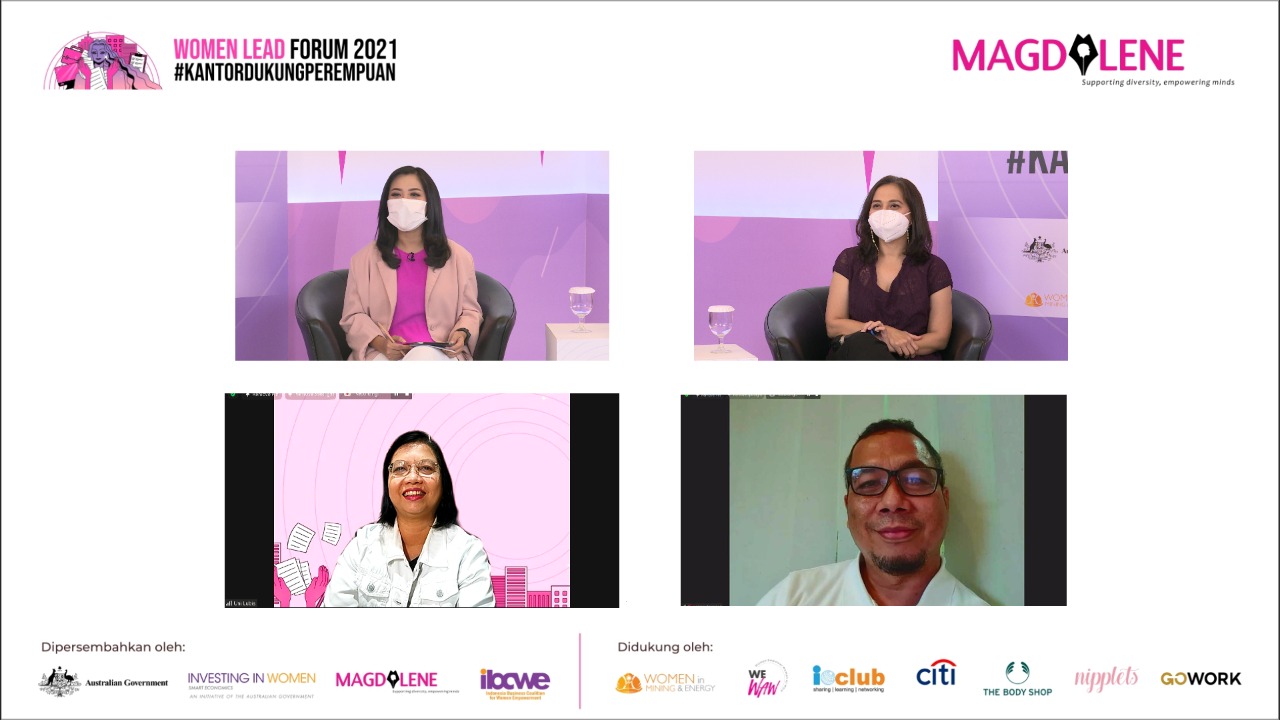 Jakarta. The second day of the Women Lead Forum 2021 highlights the importance of placing women in leadership positions to promote gender equality in the workplace.

In addition, media leaders also emphasized the importance of gender literacy in the media to change patriarchal norms that discourage women.

Astiti Sukatrilaksana, Head of Human Resource Unit of UNDP Indonesia, said that companies need to recruit leaders who take sides with the marginalized or vulnerable groups such as women.

"Such leaders can build a working environment of mutual respect between colleagues of different genders, positions/levels, of different ages in order to address gender inequality," she said in the panel "Supporting Women's Leadership: Policy and Changing Norms".

UNDP Indonesia itself in 2020 received the Gold Gender Equality Seal Certification, an award from the business world and multilateral organizations which stated that the UNDP program and road machinery in Indonesia had promoted gender equality.

Regarding changing norms, the Executive Director of the Indonesia Business Coalition for Women Empowerment (IBCWE), Maya Juwita said, even though there is a gender mainstreaming policy, there are still conflicting rules that have the potential to hinder the achievement of gender equality.

"Actually, it is good how President Joko Widodo himself was appointed several years ago by the United Nations as He for She's ambassador for gender equality. However, do not let conflicting policies, for example, the Family Resilience Bill, wants women to return to the domestic sphere," she said.

Usman Kansong, Media Group News Director, acknowledged that the gender literacy of media company leaders is still low, even among women leaders. This affects the perspective and results of coverage in the media, which still reflects a patriarchal culture.

In addition, according to Usman, media watchdog institutions such as the Press Council and the Indonesian Broadcasting Commission (KPI) have not functioned optimally in the context of a gender perspective.

"Instead of advocating gender issues, KPI regulates religious matters, such as blurring jumping sports [women athlete's body]. Why should it be censored? " he said.

Regarding the unbalanced proportion of women journalists and leaders in media companies, the Editor-in-Chief of IDN Times, Uni Lubis, said that there are still norms and cultures that prevent women journalists from pursuing their careers, such as domestic burdens and work patterns that are not friendly to women.

"There is an ecosystem that must be built to support women to reach high positions in the media office, namely from their families and the environment around them,” she said.

Chief Editor of Magdalene.co, Devi Asmarani said, apart from mainstreaming a gender perspective in the media, media consumers need to be empowered to be more critical and to know their strengths to push the media better.

"Media consumers must know that they deserve better and consume media that does not exclude other groups or certain genders. Consumers have to demand more of the media to change," she said.

In the stand-up comedy session, comic Ligwina Hananto invited women to write their own stories and step forward as leaders.

"So far, men dominate, even in writing princess stories, which are not very relatable for women," Ligwina said, who is also a financial planner.

The Women Lead Forum 2021 is an event to support working women and promote gender equality in the workplace, which will be held on 7 and 8 April 2021. (VOI)