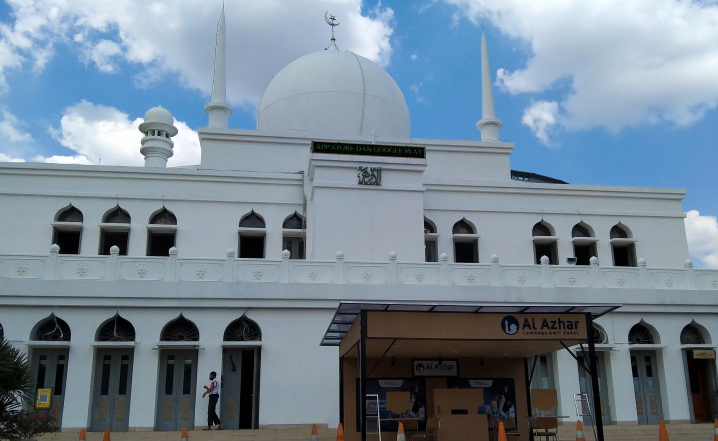 The authority at Al Azhar Mosque, Jakarta, adhered stringently to health protocols during the ritual of animal sacrifice (Qurban) on Tuesday (July 20) to stem the spread of COVID-19."Officers, with high recorded body temperature, are not allowed to participate during the slaughter. They must also wear a mask," Head of the Al Azhar Mosque office Iding stated in Jakarta, Monday.Al Azhar Mosque will conduct the slaughter in their yard with the help of 30 mosque officers, including several butchers.According to the authority, the mosque had eight cows and 20 goats readied for the event until Sunday night, with the figure projected to steadily increase until Monday.The Qurban beneficiaries were not allowed to pick up their share at the mosque. The meat distribution will be conducted through several committees in the Jakarta, Bogor, Depok, Tangerang, and Bekasi (Jabodetabek) areas."We do not distribute sacrificial meat at the mosque, but we collaborate with the committee around the Jabodetabek area," Iding explained.The mosque authority did not perform the Eid al-Adha prayers and necessitated all Muslims to offer prayers at their respective homes to prevent the spread of the disease."We follow the regulation of the Ministry of Religious Affairs to not hold the Ed al-Adha prayer," Iding stated.In the wake of a surge in COVID-19 cases, Minister of Religious Affairs Yaqut Cholil Qoumas released a circular detailing restrictions on religious activities at places of worship, including in Jakarta, designated as a red zone.The minister released Circular Letter (SE) Number 13 of 2021 regarding restrictions on religious activities at places of worship on Wednesday (June 16). The SE regulated the implementation of worship during the COVID-19 pandemic, such as banning religious activities in red zones. (Antaranews)