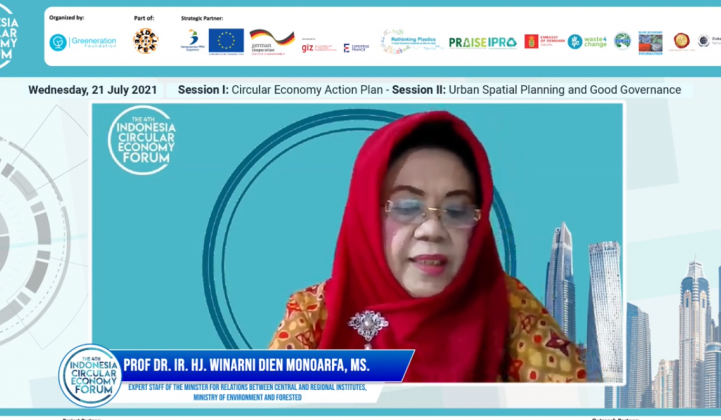 The Environment and Forestry Ministry has said it has adopted several policies to support a sustainable circular economy in the country by driving the creation of more garbage banks, among other things."To support the implementation of circular economic policies, the upstream policies focus on sorting and processing garbage at its source, empowering garbage banks, and implementing the expanded responsibility of producers through the roadmap for the reduction of waste by producers," Environment and Forestry Minister Siti Nurbaya said.Speaking at the Indonesian Circular Economic Forum, monitored virtually from Jakarta on Wednesday, in her address, read out by her expert staff, Winarni Monoarfa, the minister stressed that steps have also been taken to implement a circular economy at the community level.The Environment and Forestry Ministry is driving the creation of garbage banks as one of the ways to educate the people and initiate a change in their conduct, she said. Garbage banks will be pushed to play the role of an offtaker, or a garbage collection point, she added. The recycling industry will later process the garbage into raw materials, she continued.The minister said the country is in a position to meet the recycling industry's requirement for plastic and paper raw materials.She said nearly 29 percent of the total waste generated in the country comprises plastic and paper. However, the use of plastic and paper waste as raw material has reached nearly 50 percent of the total volume and the rest has not been utilized, she pointed out.The minister expressed the hope that the capacity of the plastic recycling industry will increase threefold and the capacity of the paper recycling industry will grow twofold.To raise the recycling capacity, the ministry has adopted several strategies, including increasing the plastic and paper raw material collection capacity, sorting waste from its source, and offering incentives, she added. (Antaranews)