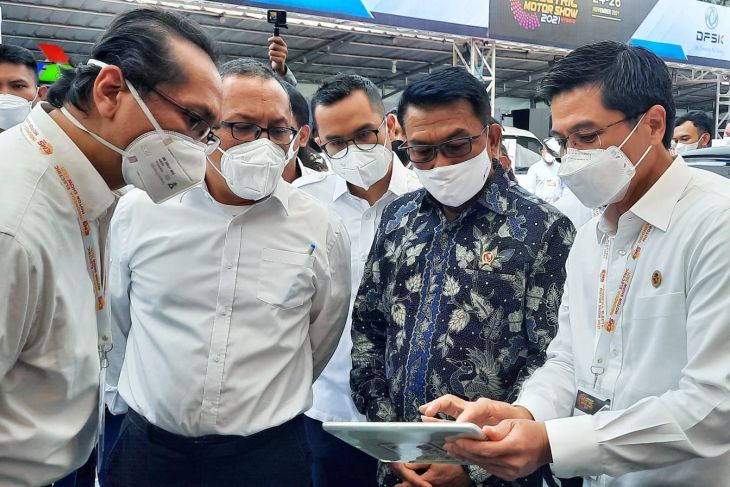 Chief of the Presidential Staff Office, Moeldoko, has said that Presidential Regulation (Perpres) Number 55/2019 on the Acceleration of the Battery-based Electric Vehicle Program for Road Transportation has three important aspects."The regulation has three aspects which must be understood by all parties, such as environment and conservation, energy efficiency and security, as well as the development of industrial capacity and competitiveness," he informed at the Indonesia Electric Motor Show (IEMS) 2021 in Serpong sub-district, South Tangerang city on Wednesday.Environmental and conservation are important issues for the electric vehicle industry, he pointed out."It is because Indonesia has committed to reducing CO2 carbon emission by 29 percent by 2030. The government is striving to achieve zero emissions by 2060," he said.Meanwhile, energy efficiency and security aspects are crucial for reducing Indonesia’s fuel consumption, which has reached 1.8 million barrels per day."We can only produce about 700 thousand barrels each day. Thus, we still have to import the remaining 60 percent," Moeldoko informed.He stressed that if the condition continues and Indonesia does not start developing electric cars soon, the situation will worsen as the demand for energy increases.“Hence, the energy transition will be able to make Indonesia become more efficient," he remarked.Furthermore, the third aspect is advancing Indonesia’s competitiveness against developed countries in manufacturing electric vehicles, he said.So far, in the conventional vehicle sector, Indonesia has only been a market, he noted.Moeldoko said he is optimistic that the transition to electric cars will prove to be a big jump for the domestic automotive industry.“We have been left combustion engine technology behind. However, with the development of electric cars, Indonesia can still compete and not be left behind. If we collaborate well with each other, I am sure we can succeed," he remarked.The government and related stakeholders must also collaborate to provide supporting facilities to convince people to stop using conventional vehicles, he added. (Antaranews)