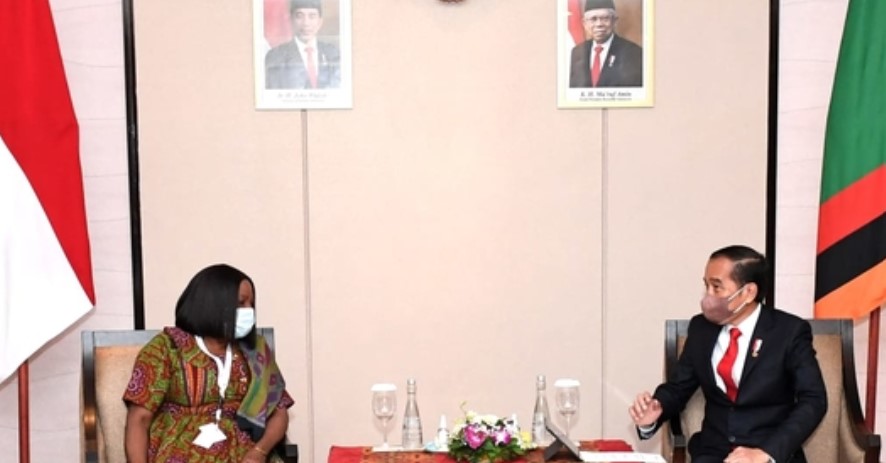 During the meeting, the President discussed efforts to strengthen economic cooperation between Indonesia and Zambia.

"Mr. President expressed hope to increase Indonesia's exports to Zambia in the future, including CPO, paper, and apparel, in particular," said Foreign Minister Retno Marsudi in a statement received by RRI through the BPMI Setpres, Wednesday (25/5/2022).

In addition, President Jokowi also conveyed information about the existence of several Indonesian SOEs that are currently exploring cooperation in Zambia. In the railway sector, for example, PT INKA is exploring the provision of locomotives for the Zambia Railway project from Victoria Falls to Chingola City.

"In addition, there are Indonesian SOEs that are also exploring cooperation in the context of expanding and modernizing the Lusaka International Airport terminal," she explained.

In the new and renewable energy sector, President Jokowi conveyed that there is a plan to set up a joint venture between Indonesian state-owned companies in the construction and management of solar power plants in Zambia.

"The President also expressed the desire of Indonesian pharmaceutical companies to contribute in strengthening the health sector in Zambia, especially or in particular in the effort to fulfill the vaccines needed in Zambia," the Minister said.

"Earlier, it was also mentioned that the desire to cooperate in capacity building is still ongoing, also in addition to agriculture," she said.