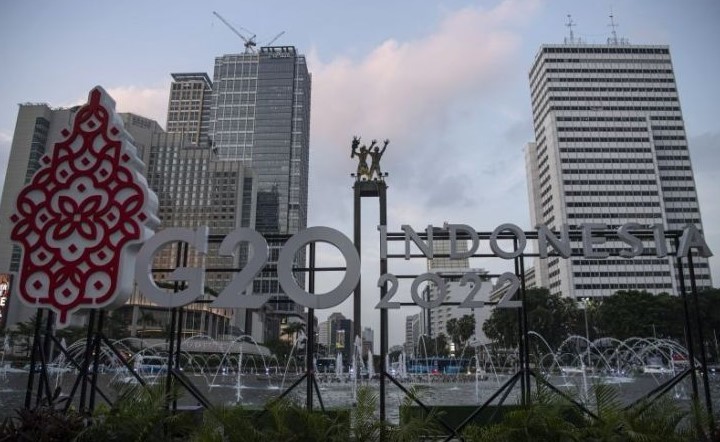 Indonesia’s Finance Ministry and Bank Indonesia held the second Framework Working Group meeting (2nd FWG), as part of a series of meetings under the Indonesian G20 Presidency, on May 24 and 25, 2022, in Jakarta."The 2nd FWG meeting deep-dived into the current global economic situation and priority areas of the Presidency, namely the macroeconomic impact of climate change and the scarring effect," said a press release from the ministry, which was received here on Thursday evening.The discussion at the 2nd FWG meeting was a follow-up to the first FWG meeting, held in January this year, and the second meeting of the Ministers of Finance and Central Bank Governors (2nd FMCBG) in April.The meeting conducted in a hybrid format was attended by representatives from all G20 members, invited countries (invitees), as well as international organizations, namely the International Monetary Fund (IMF), Organisation for Economic Cooperation and Development (OECD), World Trade Organization (WTO), World Bank, and Bank for International Settlements (BIS).During the meeting, external speakers from both academia and industry provided different perspectives on the main focus issues.On the first day of the meeting, delegates discussed the current outlook and risks to the global economy that have continued to increase, especially due to the war in Ukraine, the global inflation surge, and the impact of tight monetary policies in several countries.Among other subjects raised on the first day was concern over global food and energy security, which can hinder economic recovery and suppress welfare in many countries.The members recognized the need for continued international coordination to address these challenges.On the second day of the meeting, the main topic of discussion was the impact of climate change on the macroeconomy and efforts to mitigate it."There is a need for collective action from members to mitigate climate change while putting the specific conditions of each country into account," head of the Center for Regional and Bilateral Policy of the Indonesian Ministry of Finance, Nella Sri Hendriyetty, said.The Indonesian G20 Presidency presented the initial findings of a survey on the exit strategy and scarring effect to support recovery, which was intended for G20 member countries. One of the findings was a plan by members to gradually end policy support for COVID-19 handling, including tax stimuli.Some of the factors that would need to be considered for implementing such a strategy include a significant reduction in COVID-19 cases, economic recovery, increasing productivity, rising incomes, and improving labor market conditions.The results of the 2nd FWG meeting will be among the key ideas that will be taken up at the third meeting of the Ministers of Finance and Central Bank Governors (3rd FMCBG) in July.The FWG will continue to monitor the global economic situation and risks and also encourage discussions and synergies among G20 member countries to address multiple challenges to realize a strong, sustainable, balanced, and inclusive global economic recovery.  (Antaranews)