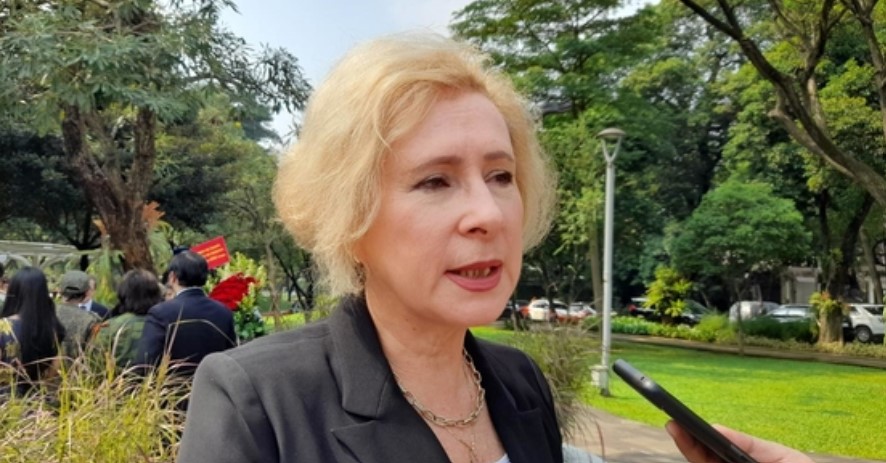 The Russian Ambassador to Indonesia, Lyudmila Vorobieva, stated that the Minister of Foreign Affairs (Menlu) Sergey Lavrov will physically attend the G20 Foreign Ministers' Meeting (FMM) next July in Bali.

"Yes, it has been confirmed that our foreign minister will attend the G20 FMM in Bali," said Vorobieva when met on Wednesday (22/06/2022) in Jakarta.

Although she did not specify what Lavrov would say, Vorobieva ensured that Russia supported Indonesia's position by not politicizing the G20 meeting.

"We'll see later (what will be conveyed). But we support Indonesia's position that this G20 meeting should not be politicized. Instead, it must be concentrated on the economy and finances," she added.

Including, to bring the discussion on the situation of Ukraine to the G20 meeting.

“If you want to talk about the crisis in Ukraine, then it has to be related to economic and humanitarian issues. Not politically. Issues regarding politics should not be included in the G20 agenda," said the Russian Ambassador in Jakarta.

On the same occasion, Vorobieva ensured that her country supports the various priorities of the Indonesian G20 Presidency.

“The forum must concentrate on economic and financial issues. We certainly support all the priorities of Indonesia's G20 Presidency," she added.

Separately, the Indonesian Foreign Minister, Retno Marsudi, said that the difficult world situation prompted Indonesia to use the G20 as a catalyst for global economic recovery.

“The world is in a very difficult situation right now. This situation actually encourages the Indonesian presidency to be more active, in making the G20 a catalyst for global economic recovery. Intensive communication continues to be carried out at all layers," said the Indonesian Foreign Minister in a press briefing, Wednesday (22/06/2022).

“Alhamdulillah, in the midst of a very complicated and difficult situation, support for the Indonesian presidency at the G20 is still very strong and discussions regarding substance in all working groups are still going well. So, I can say that Everything is on the right track,” said the Indonesian Foreign Minister.

"In the midst of this very difficult and complex situation, we choose not to use "megaphone diplomacy" so that great goals that are useful in the world can be realized," she continued.