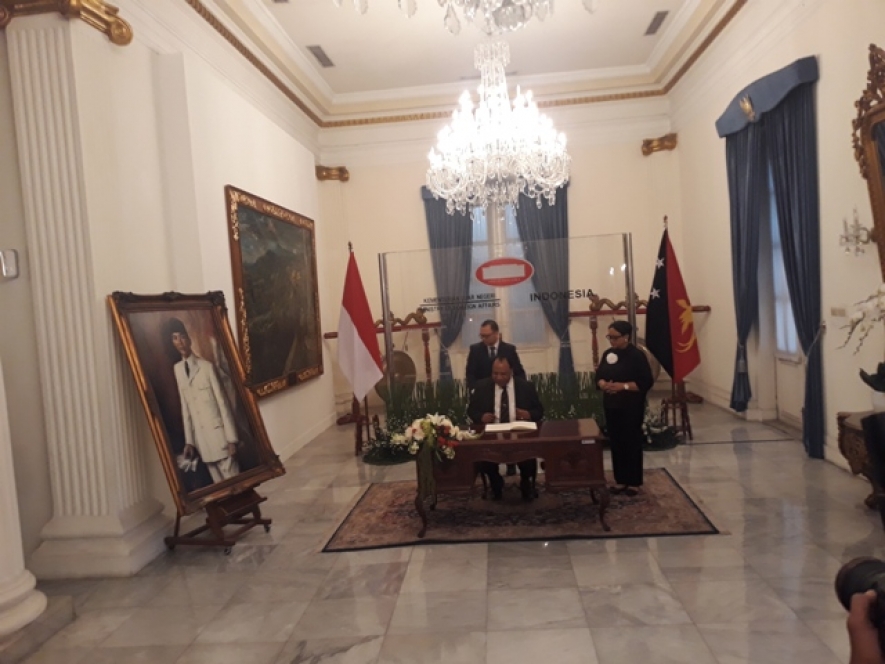 “And of course on the issue of the respect for the sovereignty and integrity of both Indonesia and Papua New Guinea. Papua New Guinea is the present policy, and previous policy, and future policy is that the province of Papua and West Papua remind that there are part of the Republic of Indonesia. So, any intepretation, any statement, whatever that anyone has raid. Anyway changes PNG policy and the policy of the future. There is, we will walk with Indonesia to address issue of the development along the border in close cooperation and consultation under the various agreement,” Rimbink Pato said.

Papua New Guinea is one of the Pacific countries that affirmed West Papua as the territory of Indonesian sovereignty. As is known, many countries in the Pacific region expressed support for separatist groups that support the independence of West Papua. However, recently a spokesman for the Indonesian Ministry of Foreign Affairs, Arrmanatha Nasir stated that many neighboring countries have appreciated the progress of the Government of Indonesia under the leadership of President Joko Widodo in addressing human rights issues and development inequality in Papua. (VOI/Rezha/AHM)