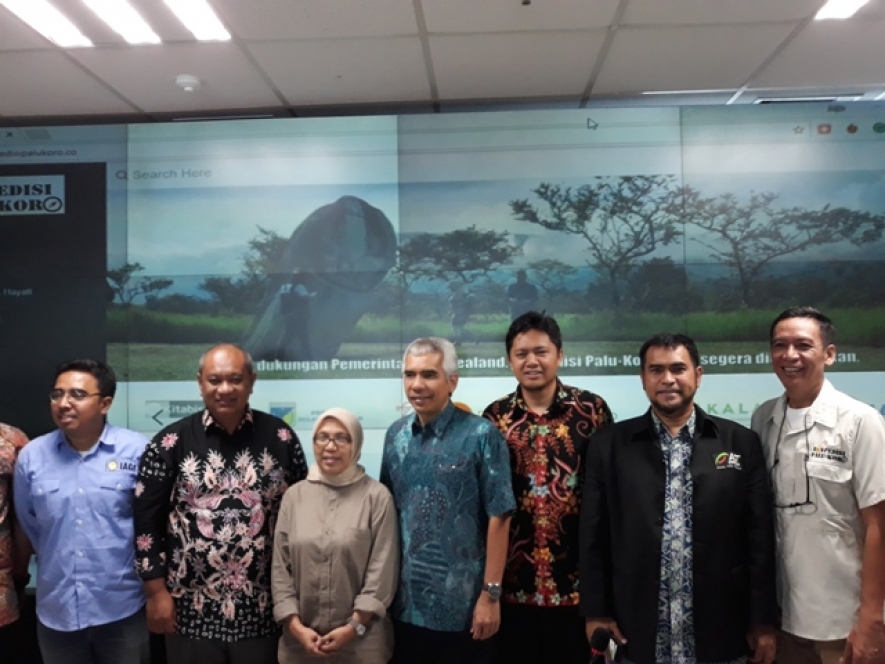 The SKALA Association with the Indonesian Geologists Association (IAGI) and Aksi Cepat Tanggap (ACT) conducted an expedition in the Palu-Koro region of Central Sulawesi Province to reveal the potential of the earthquake and map disaster risk reduction efforts. Indonesia with 17,500 islands has three intersecting tectonic plates. The intersection of some of these plates resulted in 295 fault points or active earth fault which then trigger the earthquake, activate the volcano and even cause a tsunami. Surely this is a major threat that lurk various parts of Indonesia. Trinurmalaningrum, Expedition Team Chairman of Palu Koro on Friday (27/7) in Jakarta said, records of major earthquake events that occurred around Palu Koro fault have successfully be found by the expedition team while doing a survey on the traditions of the people living in the region. According to her, the earthquake and tsunami disaster will not give a deadly impact if the people in disaster prone areas have good knowledge.

“Actually, this earthquake and tsunami is not deadly if the knowledge of the people, our knowledge is good enough, meaning to build under the cesarean section should use a kind of specification to be earthquake resistant. Well, what we met in Kulawi is that the people still live in the bamboo houses that are actually earthquake resistant. Secondly we also just found out yesterday they also have songs. The dance and one of the messages is, to beware of earthquakes because of God's punishment. This means that there is a record of earthquake events and it is already embedded in the community,” Trinirmalaningrum said.

Further Trinirmalaningrum said the results of the Palu-Koro Expedition will be documented and socialized to the community to tackle disaster risks through a series of several publications of books and documentary that will be aired on private television. The Palu-Koro expedition team is scheduled to leave on July 30, 2018 and two days later they begin to explore Kulawi region and along the fault line in Central Sulawesi. The expedition itself involves a number of researchers and experts in the fields of culture, anthropology, sociology, history, geology, earthquake, and disaster management representing various government institutions, national research institutes and universities as well as media. (VOI / Rezha/AHM)