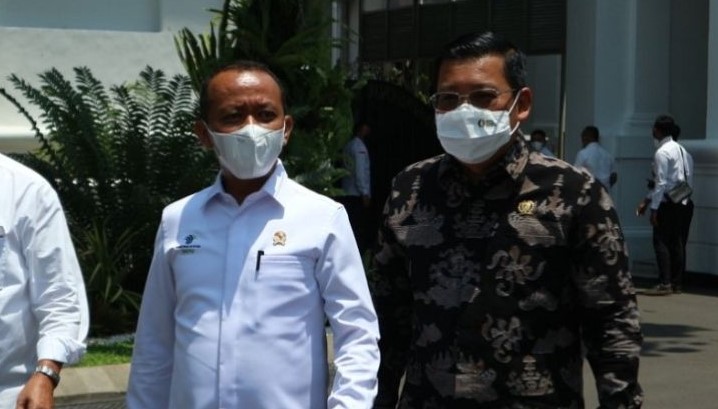 Minister of Investment/Head of the Investment Coordinating Board (BKPM) Bahlil Lahadalia reported to President Joko Widodo (Jokowi) regarding the development of the ease of investment in Indonesia.He said that the ranking obtained from an assessment by the United Nations Conference on Trade and Development (UNCTAD) regarding regulatory reforms to facilitate investment showed that Indonesia was only one point apart from Singapore."So our score is 18, Singapore is 19. We are only one point short," Lahadalia said after meeting President Jokowi at the Presidential Palace here, Monday.The minister explained that there were at least five indicators assessed by UNCTAD, namely permit transparency, speed synchronization, service, Online Single Submission (OSS), and efficiency in licensing management and certainty."This assessment ranking showed that we are getting better and faster," he added.According to him, the ranking of the ease in investment that was taken through improving licensing, facilities, and incentives for investors will bring an impact on investment realization.However, he noted that President Jokowi emphasized that investment should not only dwell on the realized amount, but also the quality of the investment itself."This year, President Jokowi targeted us to bring an investment value of Rp1,200 trillion. Next year, the target increases to Rp1,400. The target is not only in number, but the spread of investment between Java Island and outside Java Island. Investment should also be able to open more job opportunities," Lahadalia said.Besides building investment based on high technology, the head of state also asked Lahadalia to ensure a labor-intensive workforce, since the country needed many job opportunities, especially after the pandemic hit.Lahadalia also said that he had reported to the President regarding the results of his assignment, having just returned from attending the 25th Session of the ASEAN Investment Zone Council (AIA Council) in Cambodia, on September 14.The forum mentioned Indonesia as a country with the second largest foreign direct investment (FDI), after Singapore. (Antaranews)