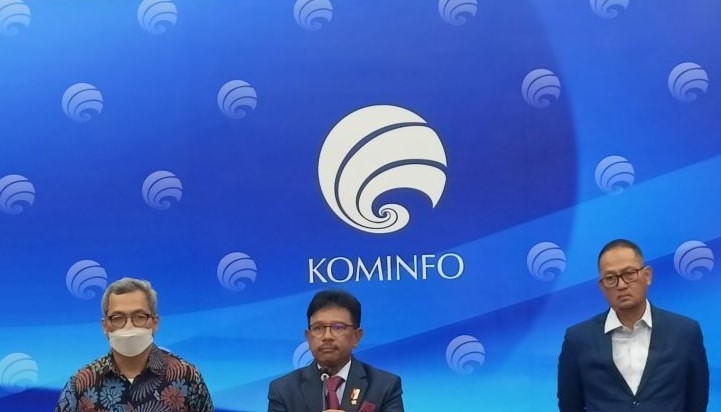 The government is continuing to strive for the equitable distribution of infrastructure development in remote areas of Indonesia, Minister of Communication and Information, Johnny G. Plate, has said. "The government of President Joko Widodo's Cabinet is continuing to strive for the equitable distribution of infrastructure development in remote areas of Indonesia, as well as encouraging development acceleration in various villages to support community economic activities throughout the archipelago," he informed here on Tuesday.In a world that is experiencing tremendous pressure, Indonesia has been deemed capable of maintaining resilience with the help of its policies.The nation’s economic stability has also been well maintained, as seen by the positive growth of 5.44 percent in the national GDP (gross domestic product) in the second quarter of 2022 compared to the previous quarter.Indonesia's monthly inflation rate is still rising, with the country recording a 0.64-percent month-to-month increasein July 2022. Meanwhile, its inflation rate was recorded at 4.94 percent year-on-year the same month. However, this position is considered relatively moderate, especially when considering the development of inflation in several other countries.In addition, Indonesia’s core inflation in July was also maintained at a level of 2.86 percent year-on-year as a result of the government's consistent policy for maintaining inflation expectations.According to Plate, President Widodo's administration, in its seven years of leadership, has succeeded in building 1,540 km of toll roads, and 29 airports, and undertaken 9 construction projects that are targeted for completion in 2023 as well as 12 dams and 27 dams targeted for completion in 2024.This development has been achieved amid the emergence of the COVID-19 pandemic and strategic geopolitical changes in eastern Europe.In addition, he said, so far, 227 thousand km of village roads have been built, which have been supported by the construction of 1.3 million meters of bridges throughout Indonesia.To support community economic activities, the government has also continued to build adequate infrastructure in the form of 4,500 reservoirs, 71,000 irrigation canals, 62,500 retaining grounds, and 6,100 boat moorings."The government has also built 10,300 village market units and 57,200 BUMDes units to support people's economic activities," Plate informed.To improve services and the quality of life of the people, the Advanced Indonesia Cabinet is continuing to accelerate the construction of public service facilities across Indonesia.The government has built 38,600 integrated health services posts (Posyandu), 12 thousand village delivery facilities (Polindes), 22,700 sports facilities, and 56,200 early childhood education (PAUD) units.Further, the government has built 339 thousand MCK (bathing, washing, and toilet) units, 38 million meters of drainage networks, and 59,200 wells to provide 1.2 million kiloliters of clean water for the livelihood of Indonesians across the archipelago.Plate said the Advanced Indonesia Cabinet led by President Widodo will continue with the infrastructure development initiated by the previous government.In the ten years of President Susilo Bambang Yudhoyono's administration, 189.2 km of toll roads, 24 airports, as well as 14 dams and other infrastructure developments were successfully carried out.The ongoing infrastructure development will be carried out in an accelerated manner while maintaining a balance of social protection for vulnerable communities through various programs and incentives from the State Budget.Minister Plate said this momentum is a reminder and encouragement for the community to participate in national development."Let us together continue to strive for nation-building through collaboration and synergy and continue to carry out the great work of state development for the realization of an advanced Indonesia that is sovereign, independent, and has a personality based on mutual cooperation," he added. (antaranews)