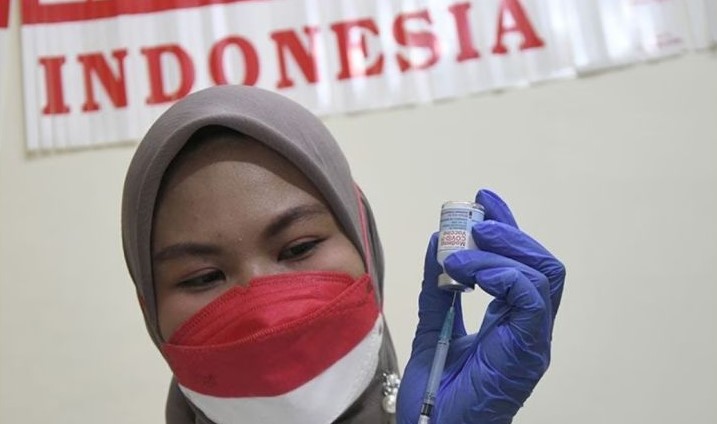 The number of Indonesians who have received the third vaccine dose, or booster dose, reached 62.68 million as of September 19, 2022, according to the COVID-19 Task Force.As many as 94,159 people received booster doses in the last 24 hours, bringing the total to 62,684,925, the task force's data showed on Monday.The number accounted for 26.72 percent of the government's target of administering booster doses to a total of 234,666,020 people.Meanwhile, the number of people receiving the second dose of COVID-19 vaccine increased by 18,526 to 170,949,252 people, or 72.85 percent of the total target.As many as 16,066 people have received the first vaccine shots, bringing the total number to 204,339,563 people or 87.08 percent of the total target.The government has also administered the second booster shots, or the fourth vaccine dose, to mainly healthcare workers. The authorities administered 4,676 doses in a single day on Monday, bringing the total to 554,430.Chairperson of the COVID-19 Task Force from the Executive Board of the Indonesian Doctors Association (PB-IDI) Erlina Burhan said COVID-19 the vaccination is crucial to end the pandemic."The World Health Organization (WHO) has declared that the end of the pandemic is in sight," she said.However, the situation of the positivity rate in Indonesia currently reached 5.77 percent, exceeding the WHO standard of a maximum of 5 percent of a country's population.To reduce the transmission rate, a minimum of 97 percent vaccination participation is required for the elderly population, people with comorbidities, and healthcare workers."The goal is to protect those who are vulnerable, and prevent cases of death, and severe symptoms when infected," she said. (Antaranews)