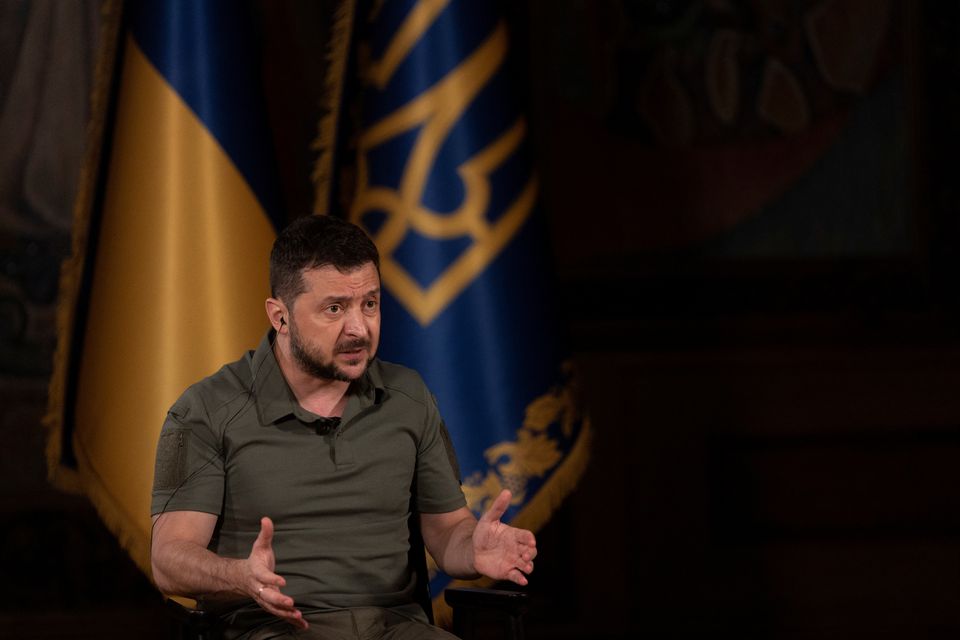 Ukrainian President Volodymyr Zelenskiy said on Wednesday he did not believe the world would allow Vladimir Putin to use nuclear weapons and vowed to press on with liberating Ukrainian territory captured by Russian forces.

Zelenskiy was speaking to Germany's BILD TV in an interview published hours after the Russian president announced a partial mobilisation and warned that Moscow would respond to what he called the West's "nuclear blackmail".

It was Russia's first such mobilisation since World War Two and signified the biggest escalation of the Ukraine war since Moscow's invasion in February.

"Tomorrow Putin can say: apart from Ukraine, we also want a part of Poland, otherwise we will use nuclear weapons. We cannot make these compromises."

Ukraine has recaptured swathes of its territory after a lightning counter-offensive in recent weeks, inflicting mounting casualties on Russian troops.

Putin's mobilisation has come in response to Russia's failings on the battlefield, Zelenskiy said.

"He sees that his units are simply running away," Zelenskiy said, adding that Putin "wants to drown Ukraine in blood, including the blood of his own soldiers".

Zelenskiy also brushed off plans by four Russian-occupied regions of Ukraine to hold referendums on Sept. 23-27 on joining Russia, saying they were a "sham" that would not be recognised by most countries.

"We will act according to our plans step by step. I'm sure we will liberate our territory," he said. (Reuters)