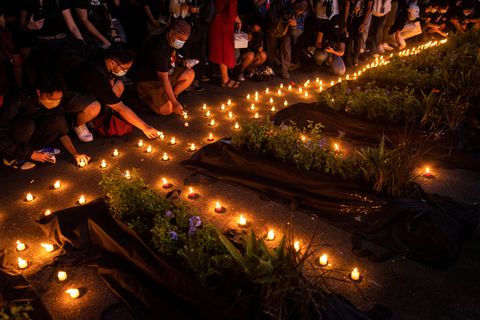 Hundreds of Filipino activists on Wednesday took to the streets to mark the 50th anniversary of the late strongman Ferdinand Marcos Sr's declaration of martial law.

Marcos Sr assumed emergency powers on September 21, 1972, commencing what many remember as one of the darkest periods in the Southeast Asian country's history. He was ousted 14 years later after a popular uprising.

His son and namesake, current President Ferdinand Marcos Jr has defended the decision to impose martial law at that time, claiming it was done to protect the country from communist rebels and insurgents. (Reuters)