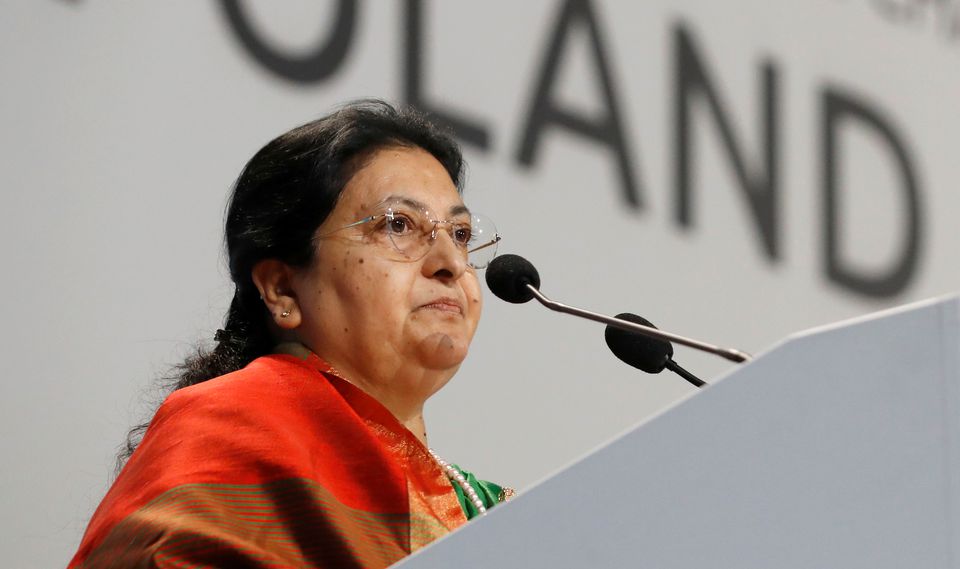 A clash between Nepal's government and its head of state over controversial citizenship legislation threw the nascent republic into turmoil on Wednesday, after President Bidhya Devi Bhandari refused to sign proposed amendments in the law.

The bill proposed, among other changes, to give citizenship certificates to children whose parents' whereabouts were not known. Under the amendments, children born to a Nepali mother but whose father is unknown could get citizenship documents after the mother makes a declaration.

The changes would have entitled more than 500,000 people to citizenship certificates and eventually given them voting rights.

It would also give citizenship documents to Nepalis who are citizens of foreign nations to do business and conduct economic activities in the country.

The deadline for Bhandari, a ceremonial head of state under the 2015 constitution, to approve the amendment to the 16-year-old Nepal Citizenship Act, expired at midnight.

"Since the government and parliament did not address her concerns, the president has refused to approve the bill," Bhesh Raj Adhikari, an aide to Bhandari, told Reuters without giving details.

Legal experts said the president was required to approve the changes, passed twice by a majority of parliament.

Five top leaders of the political parties in the ruling centre-left alliance said the president had deprived many Nepalis of their right to citizenship by failing to approve the bill.

"The unconstitutional move of the president has seriously insulted and devalued the federal parliament elected by the people," they said in a joint statement.

Not doing so was a serious and grave violation of the constitution by a ceremonial head of state, said Balaram K.C., a retired judge of the Supreme Court.

“She should either resign as president or somebody should file a case against her in the Supreme Court,” he said.

Additionally, under the existing citizenship provisions, a foreign woman married to a Nepali men can get a citizenship certificate after she shows proof of her marriage and that she has initiated action to relinquish her foreign citizenship.

Surya Thapa, a senior leader of the main opposition Communist Unified Marxist Leninist (UML) party, said the amendment must include a provision requiring foreign women to wait for seven years before getting the Nepali citizenship.

"We think such a sensitive and important issue should be decided on the basis of consensus among all political parties and not only by a majority," he said. (Reuters)