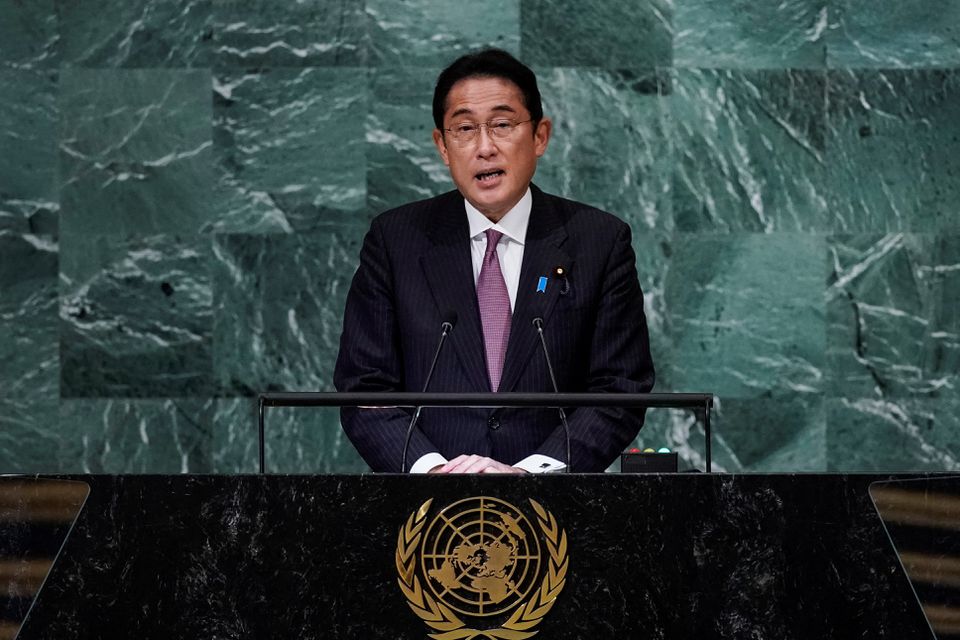 Japanese Prime Minister Fumio Kishida, addressing the United Nations General Assembly on Tuesday, condemned Russia's invasion of Ukraine as destabilising the international order to its core and said the rule of law, not coercion by power, should prevail.

"Russia's invasion of Ukraine is a conduct that tramples the philosophy and principles of the U.N. charter ... It should never be tolerated," Kishida said.

Kishida, who hails from Hiroshima, the first city to ever suffer an atomic bombing, also denounced the threat of nuclear weapons by Russia.

Russia invaded Ukraine on Feb. 24, and, shortly after, Russian President Vladimir Putin had obliquely raised the possibility of a nuclear strike.

Last month, a Russian diplomat said at the United Nations that the conflict in Ukraine did not warrant Russia's use of nuclear weapons, but Moscow could decide to use its nuclear arsenal in response to "direct aggression" by NATO countries over the invasion.

"The threat of nuclear weapons, like what Russia did this time, let alone the use of them, are serious threats to peace and safety of the international community, and are never be acceptable," Kishida said.

Kishida reiterated that he was ready to meet North Korean leader Kim Jong Un to resolve issues concerning Pyongyang's nuclear weapons and missiles programs as well as the abduction of Japanese citizens decades ago, and to normalise diplomatic ties. (Reuters)