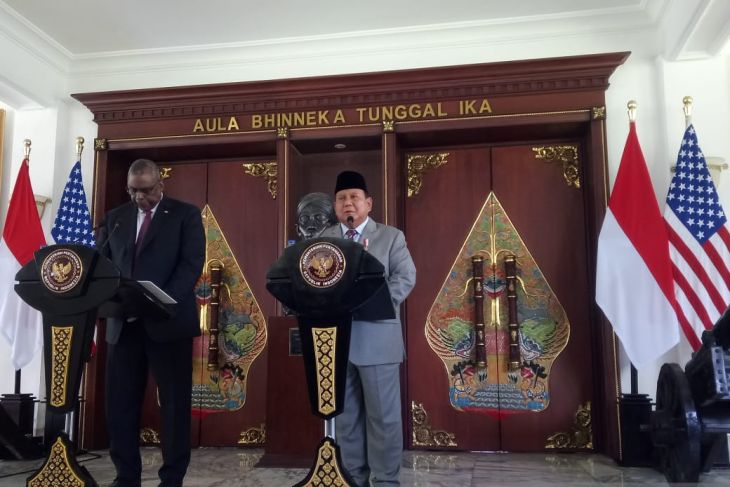 The government's final decision is awaited for the purchase of F-15 EX, a 4.5-generation fighter jet from the United States, Minister of Defense Prabowo Subianto stated."The negotiation (for the purchase of F-15) still continues. I believe that it will depend on the government's final decision," he noted after his meeting with the US Minister of Defense LIoyd J. Austin III here, Monday.According to Subianto, the government's current main priority is controlling the COVID-19 pandemic and preparing for the impact of food security conditions in Indonesia and inflation caused by the energy price spike across the world."The Ukrainian war's impact is very real, and all the warning from international institutions, from the World Bank, IMF, and ADB, and warning on the climate situation next year can affect our food production," he remarked.This will be a factor to be considered in the Indonesian government's final decision, he noted."However, as the defense minister, we have calculated this. We have designed programs with our United States partner in the industry sector that we trust," he remarked.Meanwhile, Austin has supported the Indonesian government's efforts to modernize their weapon system.The US supports the minister's continued efforts to modernize the system and Indonesia's defense capability through any means they can use, he remarked.The F-16 already faces a healthy competition, while the F-15 platform provides additional capacity, and the two platforms complement one another, he noted.The US has several differing platforms that work together, he explained.During the event, Subianto also said he was satisfied with the state of bilateral cooperation with the United States in the defense sector."I convey my satisfaction with the ongoing bilateral cooperation. Relations between our two countries have been ongoing for decades and are currently in a good situation," he remarked. (antaranews)