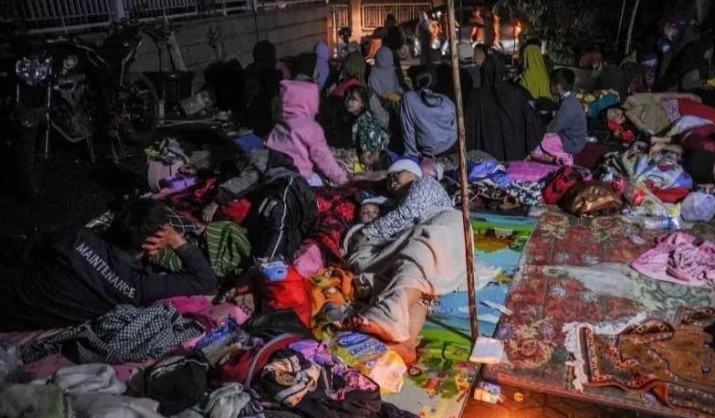 The Coordinating Ministry for Human Development and Culture has assured that the health of refugees is being prioritized in efforts to handle the impact of the 5.6-magnitude (M) earthquake that rattled Cianjur district, West Java, on Monday.The government is striving to maintain the refugee shelters so that they are always clean and have adequate sanitation, deputy for the coordination of health quality improvement and population development at the ministry, Agus Suprapto, said on Tuesday."In addition, it is being ensured that the basic needs of refugees, such as food, medicine, and blankets are fulfilled when they stay at the refugee center," he informed.One of the main keys to maintaining the health of the refugees is a sufficient supply of clean water, he added.Hence, the ministry is continuing to coordinate with all related ministries and agencies to meet the needs of refugees, he said."We highly pay attention to fulfilling the needs of the refugees, especially the children, to ensure that their health is well maintained," the deputy remarked.He also expressed concern over the condition of the refugees since the COVID-19 pandemic is not yet over. Thus, he said he expected the implementation of strict health protocols to still be maintained.Monday’s 5.6-M quake was centered on land, specifically, 10 kilometers (km) underground southwest of Cianjur district, West Java province.The National Disaster Mitigation Agency (BNPB) noted that as of 5 p.m. Western Indonesia Standard Time (WIB) on Tuesday, 58,362 people had taken refuge due to the disaster.The agency also informed that the quake claimed 268 lives and rendered 151 people missing.The Meteorology, Climatology, and Geophysics Agency (BMKG) reported that the earthquake was felt at V MMI (Modified Mercalli Intensity) in Cianjur, IV–V MMI in Garut and Sukabumi, and III MMI in Cimahi, Lembang, Bandung, Cikalong Wetan, Rangkasbitung, Bogor, and Bayah.The shocks were also sensed at II–III MMI in Rancaekek, South Tangerang, Jakarta, and Depok. (Antaranews)