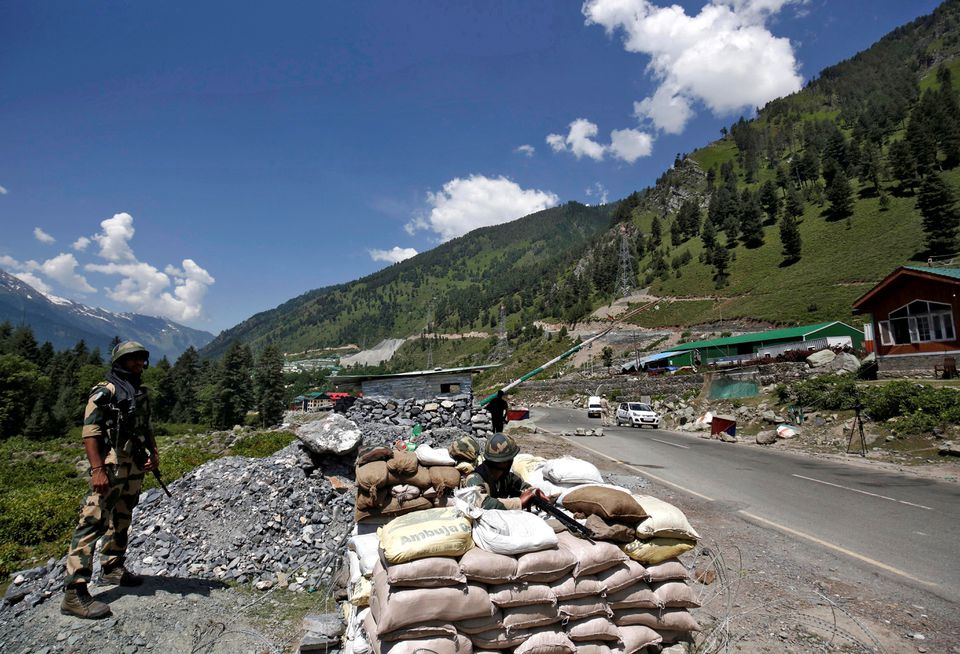 An estimated 300 militants are operating in Indian Kashmir, an Indian military commander in the disputed region said on Tuesday, as New Delhi seeks to stabilise the restive Himalayan territory that it reorganised three years ago.

Kashmir is claimed in full by both India and arch rival Pakistan, although both nuclear-armed neighbours only control parts of the region.

"As per our data, 82 Pakistani and 53 local terrorists are active," Lieutenant General Upendra Dwivedi, who heads the northern command of the Indian army, told reporters, adding that the identities of another 170 insurgents were unknown.

New Delhi has long accused Pakistan of backing armed militants, along with separatist groups in India's portion of the region.

Islamabad denies the Indian accusation, saying it provides only diplomatic and moral support to the separatist movement.

"All such allegations by Indian military officials are completely absurd, unfounded, frivolous and baseless," a Pakistan security official said, asking not to be named.

An Indian security official, who declined to be named since he is not authorised to speak to media, said this is the highest number of militants operating in Indian Kashmir in a decade.

The reorganisation was enacted with a communications blackout and a harsh security clamp-down, with the government flooding the heavily-militarised region with additional troops.

Many of those restrictions have been eased and the Kashmir valley known for snow-topped mountains and lush vistas received more than 16 million tourists this year, the most since British colonial rule ended in 1947.

Dwivedi said that the security situation in Indian Kashmir had improved since the reorganisation but weapons and ammunition were still coming through from across the border.

"Small weapons are being used to target non-J&K residents who come here to earn their living," he said, referring to attacks on migrant workers. (Reuters)

More in this category: « Taiwan says it sees less Chinese interference ahead of elections New Zealand increases funding for Vanuatu wharves »
back to top
Home
//http://180.250.107.174:1935/voinews/stream/playlist.m3u8