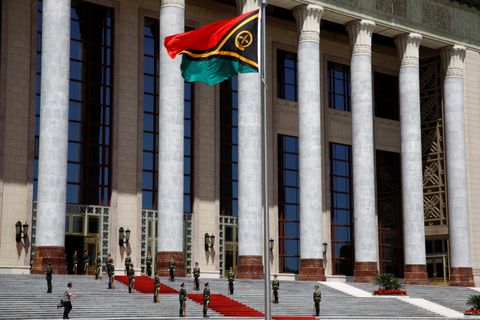 New Zealand said it would invest a further NZ$10 million ($6.15 million) to help fund wharf construction in Vanuatu, where a Beijing-funded wharf had raised concerns about China seeking to establish a military base in the Pacific island nation.

New Zealand's Foreign Minister Nanaia Mahuta said in a statement on Wednesday that building climate-resilient wharves and establishing reliable and regular shipping services would help the prosperity and wellbeing of the people of Vanuatu.

"This work will improve inter-island connectivity, support greater access to health services, educational opportunities and markets for ni-Vanuatu living in rural and remote parts of the country."

The project is part of the Vanuatu Inter-Island Shipping Support Project, which has among a number of projects, has completed two wharves. New Zealand, alongside the government of Vanuatu and the Asian Development Bank, has been a co-financier of the project since 2012.

"With New Zealand's support, a redesign for the South Paray Wharf in Port Vila has also been completed and work on South Paray and two other wharves is now progressing," Aupito William Sio, Associate Foreign Minister said.

Foreign investment in wharves in Vanuatu came into the spotlight in 2018 following media reports China wanted to establish a military base in Vanuatu after funding a wharf big enough to handle large warships. Both China and Vanuatu denied the reports. (Reuters)