Singapore projects GDP growth to ease in 2023 amid global slowdown 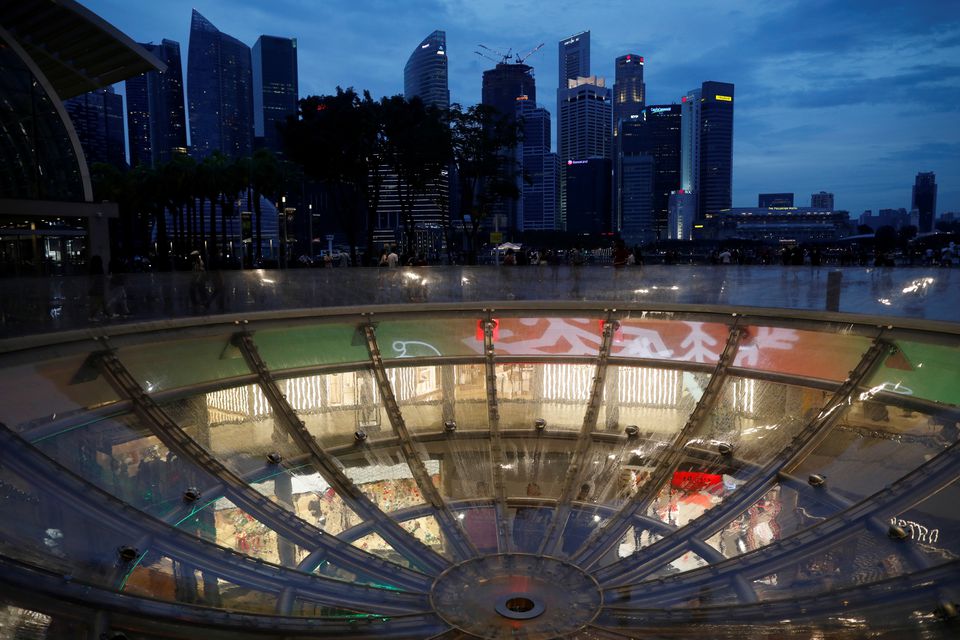 Singapore on Wednesday forecast its economic growth would slow in 2023 amid persistent inflation and global pressures that would hit demand for the city-state's outward-oriented industries like trade and finance.

Gross domestic product (GDP) is expected to rise by 0.5% to 2.5% next year, the Ministry of Trade and Industry (MTI) said, down from about 3.5% this year as it joins a global trend toward slowing growth.

The Southeast Asian financial hub is often seen as a bellwether for global growth because international trade dwarfs its domestic economy.

"For the rest of the year, the weaker external economic outlook will weigh on the growth of Singapore's outward-oriented sectors, including the electronics and chemicals clusters," MTI Permanent Secretary Gabriel Lim told reporters.

In 2023, GDP growth in most major global economies was expected to moderate further, Lim said.

Many central banks are raising interest rates to control inflation, China's zero-COVID policy is constraining consumption in the world's second-biggest economy and global supply chain disruptions are dragging on because of the Ukraine conflict.

Growth in the trade, finance and insurance sectors is expected to be hit by a slowdown in other major economies, Lim said of Singapore's 2023 outlook.

MUFG analyst Jeff Ng said the city-state's economic growth was dampened by a sharp deterioration of manufacturing performance, especially for electronics, over the past few months.

Singapore's economic outlook is turning bearish, he said, noting the official forecast for 2023 was below his estimate of 2.9% growth.

On a quarter-on-quarter seasonally adjusted basis, the economy grew 1.1% in the third quarter, compared with the government's advance estimate of 1.5% growth and the 0.1% contraction in the second quarter.

Singapore is among the many global economies battling stubbornly high inflation, which is running near a 14-year peak.

Edward Robinson, deputy managing director of the Monetary Authority of Singapore (MAS), reiterated to reporters that inflation was likely to remain slightly above 5% for the rest of this year and into the first half of 2023.

The MAS last month forecast core inflation would average about 4% in 2022, and 3.5% to 4.5% in 2023. It expects inflation to slow down more discernibly in the second half as cost pressures gradually ease.

The city-state had tightened monetary policy last month for the fourth time this year to combat inflation.

Robinson said that Singapore's current monetary policy stance remained appropriate, and the next scheduled review is in April 2023. (Reuters)