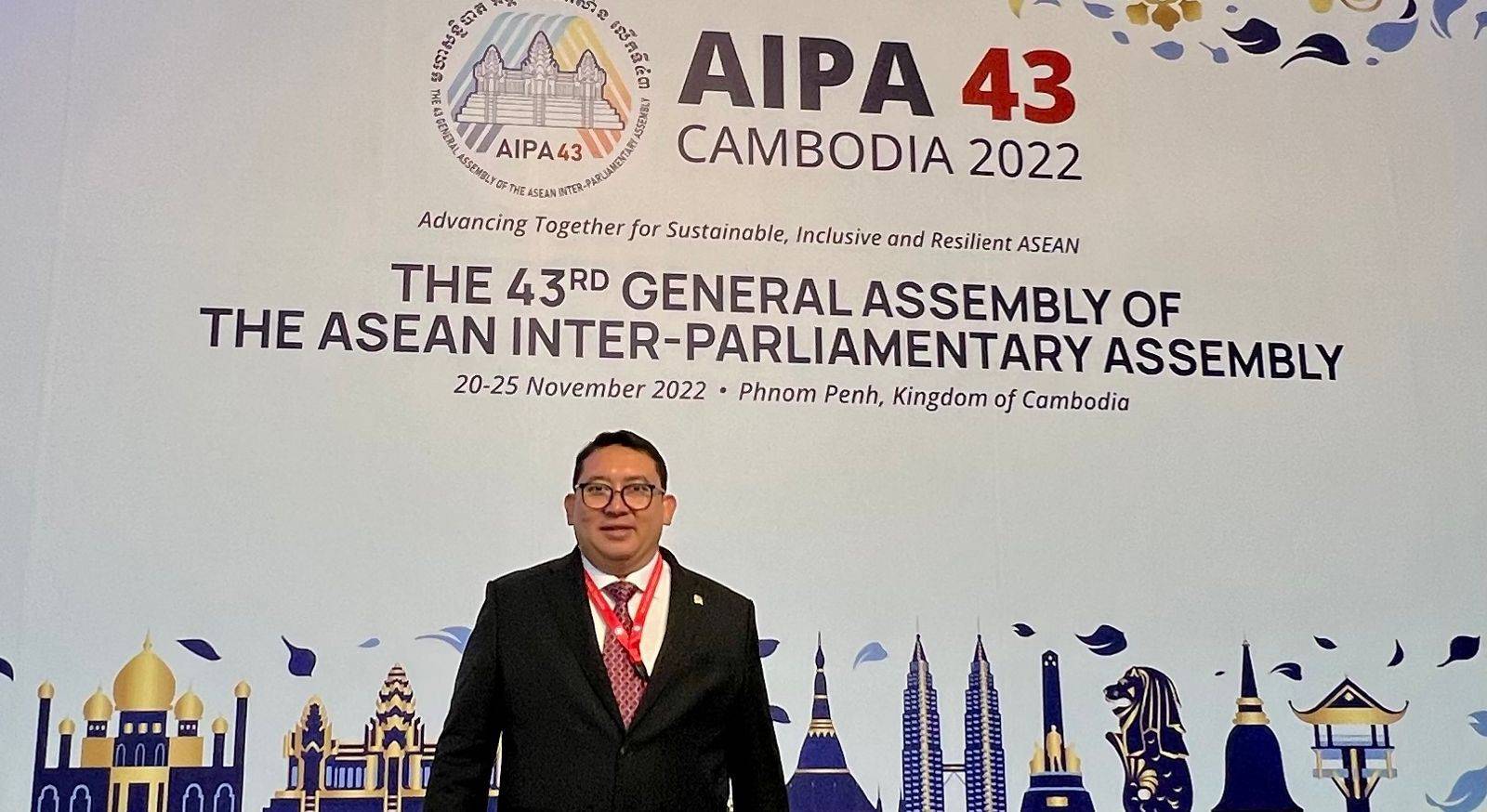 The proposal of the Inter-Parliamentary Cooperation Agency (BKSAP) regarding peace and restoration of Myanmar was accepted by the Political Commission Session of the ASEAN General Assembly. The proposal was submitted by the Chairman of the BKSAP DPR RI Fadli Zon.

The DPR, he continued, emphasized the importance of cooperation in tackling illegal fishing as well as destroying the marine environment. The delegation encouraged increased cooperation in handling it, as well as the immediate completion of negotiations regarding the Exclusive Economic Zone (EEZ) of ASEAN countries.

The second proposal is titled "Parliamentary Diplomacy to Encourage the Implementation of the 5 ASEAN Consensus Points". The five-point ASEAN Consensus is a way agreed upon by ASEAN countries to stop the Myanmar crisis.

Related to that, Fadli emphasized the importance of parliamentary diplomacy so that the consensus was immediately implemented according to the commitment of the Myanmar Military Junta. All AIPA member Parliaments also supported the two proposals from the Indonesian delegation, and provided input that enriched the substance of the resolutions.

As a note, the issue of Myanmar raises quite high resistance from the ASEAN Parliament due to the principle of non-intervention in ASEAN. However, the Myanmar crisis since the Rohingya tragedy, to the crisis caused by the military coup has raised the awareness of the parliaments of ASEAN countries to act.

"We have been patient for too long, it is time for the ASEAN Parliament to act," he said. "As ASEAN's 'Big Brother' naturally Indonesia has a high interest in regional issues, especially the crisis in Myanmar."

He emphasized that it is time for AIPA, as a Southeast Asian parliamentary organization, to take a stand regarding the prolonged crisis in Myanmar. "We cannot sacrifice regional stability, at a time when the challenges we face will be even more severe in the region," he said.

The Myanmar military junta, he emphasized, must fulfill the commitments agreed upon in the 5 ASEAN Consensus Points. "Human rights and democracy in Myanmar must be upheld, including the protection of members of the Myanmar parliament who were dissolved," he said. (RRI)